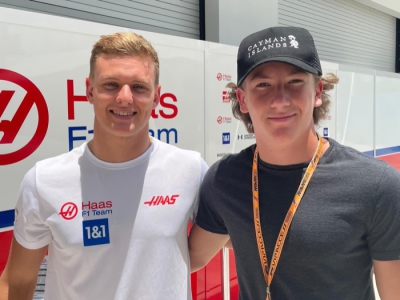 Haas F1 Team driver Mick Schumacher with Kyffin Simpson. ﻿All photos courtesy of Kyffin Simpson
Rate this item
(0 votes)
Tweet
« All Paths Lead to Indianapolis as the Road to Indy Resumes "Baby Drivers" Introduces High-Stakes World of Racing & The Kids Behind the Wheel »