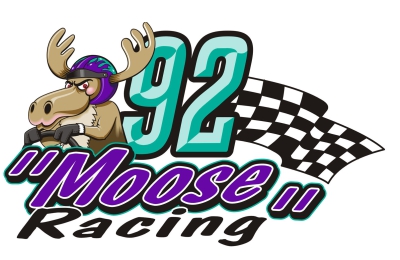 Huntington Beach, California based Moose Racing and its driver Austin Williams closed another successful season at the Arizona Speedway’s “54th Annual Western World Championship.” When all was said and done for the season, owners Tom and Lauri Sertich finished third in owner points in the 17-year-old USAC/CRA Sprint Car Series. Williams finished third in the driver standings.

Sadly, the trek across the desert for the Moose crew marked the last time it would head to the speed plant located south of Phoenix. The track will close at the end of November and the property will be developed. Strong rumors persist that the promoter already has a new site that will be ready to go in 2022.

The action at the “Western” matched the best of the best from the USAC/CRA and USAC National Sprint Car Series. The two nights of racing signified the end of the 2021 season for both groups. The first night of the “Western” was on Friday, November 12th. Thirty-eight cars showed up for the race and Williams turned in a lap of 15.009 in qualifying. That was good for sixth out of the nineteen in his qualifying flight. Overall, he was 10th fastest out of the thirty-eight drivers on hand.

A fifth-place finish in his heat meant that the 31-year-old Williams would have to go to the 12-lap B main. The Corona, California resident easily qualified for the A main when he placed third in the B.

For Friday’s 30-lap finale, Williams had to start in the 15th spot in the Moose #92. The car was a “rocket ship” and the talented driver put on a show. He initially slipped back to 16th on the first circuit. However, the impressive forward progress began on lap number two and by the time the race was three laps old, the driver known affectionately to his fans as “The Big Game Hunter,” passed three cars to the 13th spot. One lap later he picked off another and was up to 12th.

Williams stayed in the 12th spot through the eighth circuit before he began to surge forward again. By the end of the 10th go around, he put the white #92 in eighth and he was not done yet. As the laps wound down, the affable 31-year-old was all the way up to sixth before eventually dropping one spot late in the race and finishing seventh.

The second night of the “Western World,” Williams was both the 4th fastest qualifier in his flight and in the talent laden 36-car field after stopping the clocks at 14.780. A fourth-place finish in his ten-lap heat race put him straight into the main event without having to run the B. The heat finish combined with his great qualifying lap meant that he started on the pole for the 30-lap main event. Things did not go the way the #92 driver and crew had hoped for in the main. After battling hard in the top five the first 10-laps of the race, he ended up finishing 10th.

A reflection back on the just completed campaign shows some very nice stats for 2021. As stated previously, the team and the driver both finished third in the 2021 USAC/CRA standings. The team had perfect attendance making it to all 21 races and it started 20 of the 21 main events. Two main event wins (July 24th at Perris and September 6th at Petaluma) highlighted the year. There were six top three finishes, nine top fives, and 15 top 10s.

The fine season has the team poised and ready for another run at the USAC/CRA championship in 2022. The series will kick things off early with a big three race weekend at Yuma’s Cocopah Speedway on January 27th, 28th and 29th.

While the 2021 season ended on the second weekend in November, the Moose Racing team immediately began work for a busy 2022. The crew is completely stripping down the cars and going over them with a fine-tooth comb, so they are race ready for the openers.