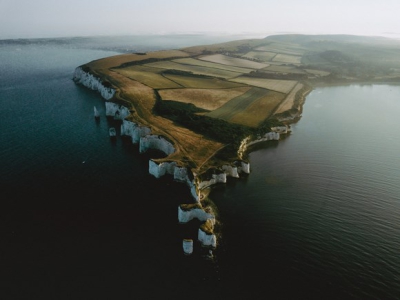 Extreme E, the sport for purpose electric off-road racing series, has today confirmed that its Season 1 finale, ‘the Jurassic X Prix’ will take place in Bovington, in the UK’s South Coast county of Dorset, on 18-19 December 2021.

Alejandro Agag, Extreme E Founder and CEO, said: “I’m very excited by this race location – our first event on UK soil. This move is a poignant shift in our mission to race in remote, far-away places to highlight the effects of climate change, as more increasingly, the issues we talk about are literally happening in our backyards so it felt like the right time to bring the spotlight home, and help the army reduce its own carbon footprint.

“The world needs to move forward when it comes to the combustion engine and many other practices, and what better way to symbolise that than with a Jurassic themed X Prix. Unless we push forward with climate and sustainability action, certain species risk becoming extinct, and that is something we simply cannot ignore any longer.”

Bovington is a well-known British Army military base and sits just off the Jurassic Coastline. Extreme E is working closely with the British Ministry of Defence and Army which has recently revealed its climate change and sustainability strategy. The strategy combines the mitigation of environmental impact whilst maintaining military output. It aims to do this by reducing emissions and scaling up the transition to renewables, thus contributing to the UK’s aim to be net zero by 2050. Efforts have started already with the Army piloting electric armoured vehicles and carbon efficient accommodation.

Major General Simon Hutchings OBE said: “The British Army prides itself on its ability to conduct operations in all environments, adapting and developing its skills as required.  The opportunity to work alongside Extreme E who are world leaders in electrification of vehicles and sustainable energy production is very exciting.  It will enable us to share innovative ideas which will allow the Army to continue to gain technology advantage globally, whilst also contributing to our climate and sustainability targets.”

The racing will be as exciting as ever with a course designed to include natural obstacles putting the all-electric ODYSSEY 21 through its paces to crown the eventual winning combination of car, team and driver. Each team fields both a male and female driver who will complete a lap each with a Driver Switch built into the format. With points up for grabs throughout the race weekend, some of the best drivers in the world plus the instant speed of all-electric mobility, the concluding X Prix is set to be a showstopper.

Jenson Button, JBXE Team Principal said: “It is brilliant news that Extreme E's Season finale will be held in the UK. I’ve been lucky enough to race on UK soil a number of times throughout my career and those memories will always be incredibly special to me.

“Heading off-road at Bovington will be a totally different experience but equally as special as I’ll be the one watching and supporting Kevin and Mikaela and the rest of the JBXE team as we push for a strong finish to the season. After back-to-back podiums, if we can carry that form into Sardinia and put ourselves in the mix for the final race then we could be in store for an amazing finish!”

Extreme E is a partner to the UN’s Race to Zero campaign as well as Count Us In, which challenges its fans to take steps which reduce their own carbon footprints. These collaborations are all focussed on tackling the global climate crisis and with road transport currently accounting for 75 per cent of the global emissions associated with transportation, accelerating the move to clean mobility by 2030, in line with government goals, is key to success.

Nigel Topping, UK High Level Champion for Climate Action at COP26, who also leads Race to Zero, said: “Extreme E provides an incredible platform for accelerating  the clean mobility transition and driving awareness for the climate solutions we can, and must all adopt.

“The Jurassic X Prix follows COP26 and provides further opportunity for the UK to keep crucial momentum, which is imperative if we are to succeed in our goal to limit global temperature rise to 1.5C. The shift to zero emission vehicles will hugely help reach that goal and Extreme E demonstrates the capabilities of electric vehicles, but also their associated technologies. It also uses the powerful platform of sport to engage its fanbase to take steps to reduce their own carbon footprint.”

Extreme E will continue with its Legacy Programme format which aims to leave long-lasting positive impact in each country in which it races, with exact details to be revealed in the weeks leading up to the end of year event. Not only that, the thought leadership workshops are set to continue, and will be available to view online after the event.

Hugh Chambers, CEO of Motorsport UK, the national governing body for motorsport, commented: “We are thrilled that Extreme E’s global voyage will be making its way to UK shores for the 2021 season finale - the Jurassic X Prix, to be staged against the backdrop of the spectacular Dorset coastline.

“This event comes at an important time for Motorsport UK, as we announce our own Sustainability Strategy and seek to address the many issues that have been looming large for a number of years and that recent challenges have brought into even sharper focus, environmental concerns and Equality, Diversity and Inclusion chief among them. Extreme E has been conceived to promote those issues and the very different world we face going forward. We look forward to seeing the first Extreme E champion crowned on UK soil in December.”

“I’m really looking forward to having our final round of Extreme E here in the UK, the race course will only be a three hour drive from my home in Kent so it’ll be nice to be able to race on home soil after what’s been a whirlwind of a year!

“With the United Autosports side of the business based in the UK, it’s also great to be able to have what will effectively be like a home race for the team too - hopefully Timmy and I can do the team proud. The weather in December could be very wet and who knows, maybe there’s a chance of some snow too.  It will certainly be very muddy and slippery but I grew up driving quad bikes and thrashing around in old vehicles at my family home, including learning to drive in muddy fields in the UK, so these sort of conditions will suit me well!"

“It’s really exciting to see Extreme E coming to the UK for the final race of the year. The first season has been incredible in so many ways and to cap it off in Dorset is going to be really important for the British drivers and teams.

“The first race in Saudi Arabia was so different to anything any of us had experienced before and then we followed it up with an equally spectacular setting in Senegal.

“Obviously, I wasn’t in Greenland and I won’t be in Sardinia but they also look like venues that are pushing the boundaries of what we thought was possible in this series, I’m sure the final round will be no different.

“As a London-based team, Veloce Racing is going to be putting its all into Jurassic X Prix. A home race is special for any motorsport squad but as such a young team in such an innovative series, this one is going to be extra special.”

Oliver Bennett, XITE ENERGY RACING:
“I’m so excited to see an Extreme E race come to my home nation in the south of England near the Jurassic coast!

“Being at the heart of innovation with racing and to see the pioneering forefront of EV sustainable racing in a UK audience location will be so XITE’ing. It’s going to be a tricky environment to drive in.”