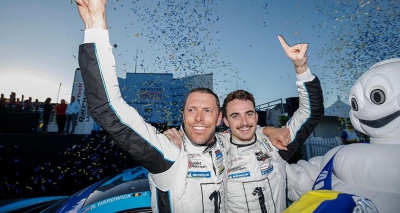 Rate this item
(0 votes)
Tweet
« DeFrancesco heads to Monterey after Portland battle Plaid Is Back in Style: Pfaff Porsche Charging in GTD »