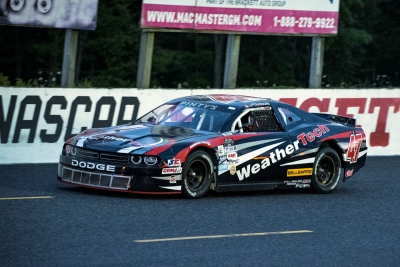 After a shortened season in 2020 and several months without a chance to get on a track, the #47 WeatherTech Canada | Groupe Bellemare team was more than determined to perform today at Sunset Speedway (Innisfil, Ontario). Rain forced the NASCAR Pinty's Series to stop the first race for a few hours after only seven laps and Louis-Philippe Dumoulin crossed the finish line sixth. The veteran driver fought hard for the second race and made his way to the podium with a third-place finish.

Practice and Qualifying (recap)
The #47 WeatherTech Canada | Groupe Bellemare team worked on refining their race setup for this first run in the new car and posted the seventh fastest time in practice and third fastest time in qualifying, 0.128 seconds off the pole.

“We had a technical problem during the first 15 minutes of the practice session, leaving us little time on track. The set-up needed some fine tuning, and we made some major changes for qualifying, allowing us to qualify in third place for the start of Race 1,” explained Louis-Philippe Dumoulin. 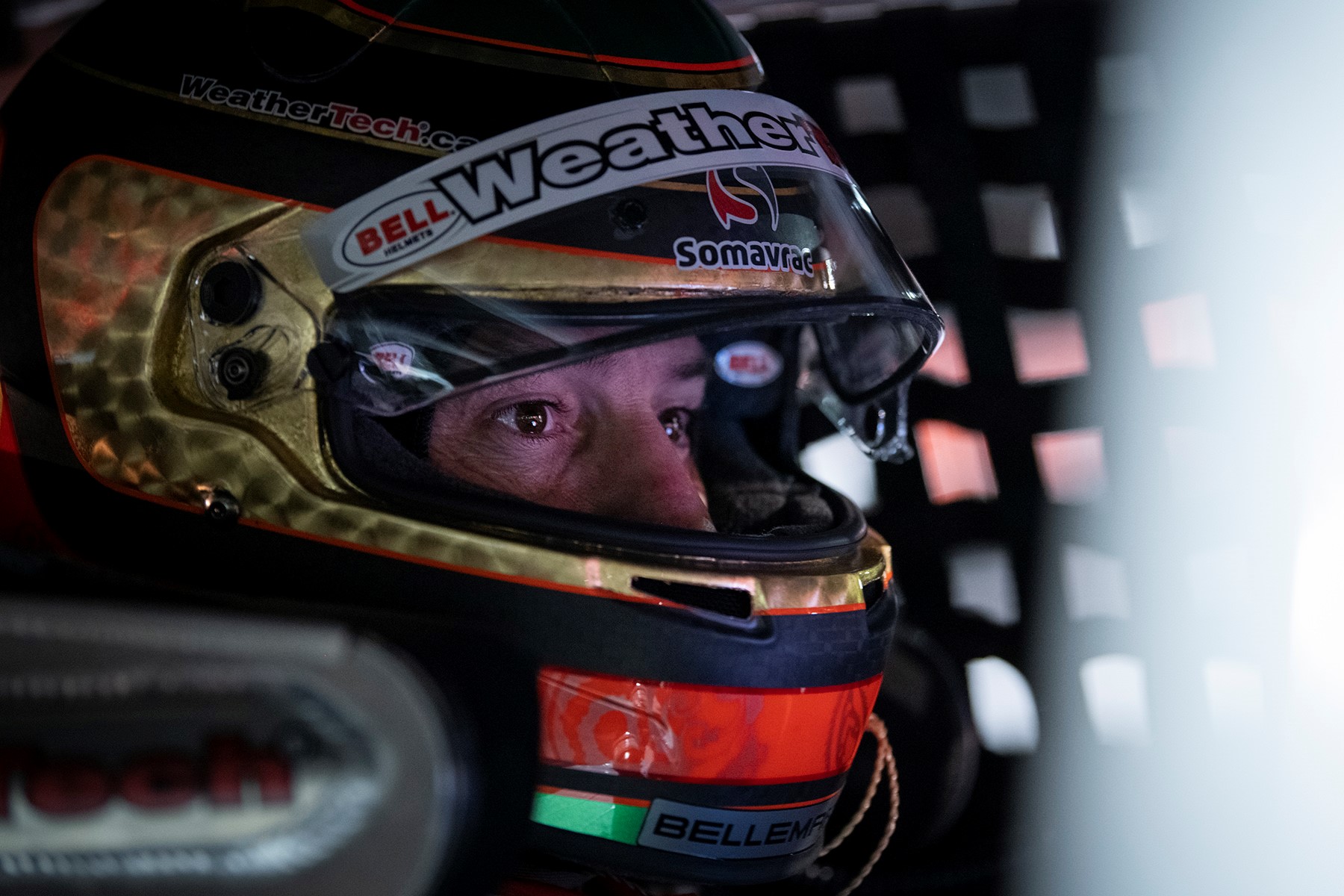 Race 1 – 6th place (recap)
After a few hours of rain delays, the race was action-packed with eight caution periods. Louis-Philippe Dumoulin used his experience to keep a respectable pace and fight off constant attacks from those behind him.

“The #47 WeatherTech Canada | Groupe Bellemare car under-steered throughout the race and it was difficult to drive. We had some good battles and there were a few rubbing incidents along the way. The track has little grip and that creates situations where we have to elbow our way through.”

Race 2 – Podium Finish (3rd) - (recap)
The second race of the evening showed us a more aggressive Louis-Philippe Dumoulin after starting 11th on the grid. The hard racing started right off the start. The veteran driver began a steady climb up the order, oscillating between 10th and 8th position despite some understeer left over from the first race. After a restart on lap 84, Louis-Philippe Dumoulin's driving became more incisive and he pushed his still fast car towards the front pack with intelligent moves that got him a podium finish after some take-no-prisoners laps at the end.

“I was using the outside groove, and everything was going well, even if we lost a few positions in the middle of the race because of traffic. At the end I fought with the #22, my tires were used up, the track was slippery, and we still managed to finish third,” concluded Louis-Philippe Dumoulin.

Frontline Workers 125 & General Tire 125 (recap) Next Race: The “Home” race at the Grand Prix de Trois-Rivières
Jean-François et Louis-Philippe Dumoulin will return to the track where they started their racing careers on next August 14 and 15, after almost two-year absence. The Dumoulin brothers had a memorable experience in 2019 as they were both on the GP3R podium, a thrilling first for them and their family. The #47 WeatherTech Canada | Groupe Bellemare team had won the 50th edition of the Grand Prix de Trois-Rivières and the Dumoulin family was celebrating 50 years of participation in motorsports.

“The Race Against Cancer” Continues On-line

Since 2016, many individuals, families, businesses, and organizations have teamed up with the Dumoulin Competition “Race Against Cancer” initiative. In today's unprecedented context, cancer victims need our support more than ever. To make an online donation, go to : lacoursecontrelecancer.ca

"The Dumoulin Corner" at the Gilles-Villeneuve Museum

On May 8, 2018, brothers Jean-Francois and Louis-Philippe Dumoulin proudly unveiled “The Dumoulin Corner” at the Gilles-Villeneuve Museum. Racing fans who have not been able to discover “The Dumoulin Corner” to date will have the opportunity to do so as the exhibit continues at the museum for another year. You will also have the opportunity to see Luc Pilon's creation that inspired the logo of the Dumoulin family's “50 years at the wheel”.