Mid-America Micro Week up Next for Rueschenberg 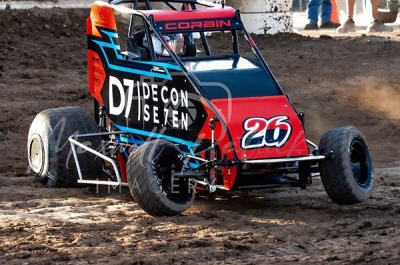 Arizona’s Corbin Rueschenberg looks to continue his success in the Lucas Oil National Open Wheel 600 Series, participating in both Stock Non-Wing and Restricted ‘A’ Class during the Mid-America Micro Week. Action for the young driver begins Wednesday night at Solomon Valley Speedway in Beloit, Kan. for the tenth annual Chad McDaniel Memorial.

Rueschenberg will then compete on Friday and Saturday at Jefferson County Speedway in Fairbury, Neb.

The races will be important towards his bid for the Restricted A-Class championship, where he currently sits 48-points out of the lead. His Restricted season has included two victories and nine top-five finishes in eleven starts. Rueschenberg will be making his NOW600 Stock Non-Wing debut in preparation for a 2022 campaign in the division. For the NOW600 competitors, the trip to Nebraska will mark the fifth state to have hosted a series round. Racing alongside the USAC National Midgets, each night of the Mid-America Micro Week will be broadcast on FloRacing. Wednesday’s event at Solomon Valley will see hot laps at 6:30pm Central Time and racing at 7pm.

Rueschenberg raced Non-Wing during the Donnie Ray Crawford Memorial at Port City Raceway during the last weekend in June, earning the longest tow honors and being high point driver after heat races before inclement weather ended the evening.