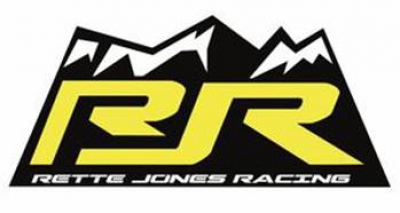 In his Monster Mile debut, Gutiérrez recovered from a late-race incident with another competitor to mount a fifth-place finish – his second top-five of the 2021 season and best effort since winning in the season-opener at New Smyrna (Fla.) Speedway in February.

Gutiérrez also recently made his premier ARCA Menards Series national debut at Charlotte (N.C.) Motor Speedway two weeks ago where he contended for a top-10 finish before a flat tire relegated him to a 15th place finish.

Still, momentum continues to propel the Mexico City, Mexico native forward and he is eager to put his RJR team back in Victory Lane on Saturday night.

“The last month has been busy, but I’ve been having a blast,” said Gutiérrez, driver of the No. 30 TOUGHBUILT Ford Fusion. “The Rette Jones Racing team brought me a strong car at Dover and then we went to Charlotte and really backed up our speed with a strong performance – just didn’t get the result that we wanted.

“Still, we are showcasing a lot of speed and I believe we can go to Southern National on Saturday and continue to keep ourselves near the front and maybe still have a shot at this championship.”

Gutiérrez feels the ARCA Menards Series East field will mostly be on the same drum line with limited experience at Southern National. While Mason Diaz will likely be the most experienced driver in the field, Gutiérrez is focused on getting to work and doing what we can to be a contender.

“I think we need to treat Southern National a lot like we did Dover,” added Gutiérrez. “We made a lot of progress throughout the race and were the best when it counted most. We need to do that again on Saturday but hopefully, be in a position to contend for the victory.”

With an average finish of 5.5 at the halfway point of the 2021 ARCA East season, Gutiérrez is third in the championship standings, just one point behind Diaz and 23 behind leader Sammy Smith.

To have a shot at the championship, Gutiérrez knows he’ll have to better his average finish over the next four months to keep his Rette Jones Racing team alive and a contender for their first series title.

“We made some gains at Dover and we’re right in the thick of the battle,” added Gutiérrez. “We can’t be just good at Southern National, we have to be great not only Saturday night but the rest of the year. We’ll just go do our part and see how the rest unfolds.”

“Max has certainly stepped up his game in the last month,” said team co-owner and crew chief Mark Rette.

“I think it all boils down to experience. He is getting a lot of seat time behind the wheel whether it’s in an ARCA car or racing back home in Mexico, but that’s all positive.

“We have a good baseline of where we want to be when we unload for practice on Saturday, so we start from there and just look to get better and see if we can’t help get Max back in Victory Lane.”