After a mid-season break, the Trans Am Series presented by Pirelli returns to action at VIRginia International Raceway September 25-27 for the Heacock Classic Gold Cup with a unique doubleheader (VIR Preview Video).

Unlike any weekend before in Trans Am history, Trans Am will hold separate races for the TA/XGT/SGT/GT and TA2® powered by AEM classes on Saturday (September 26), and then a combined event on Sunday (September 27) for all five classes.

Sunday’s 100-mile race will feature a three-way split start with TA taking the green first, followed by TA2®, then the XGT/SGT/GT classes. The grid for the 51-car field will be based on fastest lap time by class set in Saturday's races.

The two-day race event will be live streamed on the Trans Am by Pirelli Racing App.

The Tight Trans Am Points Battle
Six-time title winner Ernie Francis Jr. leads the Trans Am points championship by just 10 points ahead of Tomy Drissi (No. 8 Lucas Oil Chevrolet Camaro). While Francis Jr. is the lone four-time winner at VIR (winning in TA3 American Muscle in 2014-15; TA4 in 2016; and Trans Am in 2017), the Florida native has struggled in his past two visits to put the No. 98 One South Florida Wealth Advisors Ford Mustang on the point, finishing 14th in 2018 and second last year behind legendary TA driver Boris Said.

Drissi is also looking for redemption of sorts after a devastating last-lap spin at Road America took him out of first-place contention. Looking to use the double-points weekend as an opportunity to close the gap on Francis Jr., Drissi and his Burton Racing team are focused on taking the checkered at VIR.

“Going into the weekend with two races to run is an exhilarating challenge,” Drissi said. “I know we all had some extra time between races since Watkins Glen was canceled but everyone on the Burtin Racing team has been putting the effort into preparing for this opportunity.”

While Ernie Francis Jr. and Drissi have padded a small gap in points ahead of the weekend, they have heavy hitters sitting in third, fourth and fifth ready to pounce on the opportunity to take either of their places on top.

Long-time Trans Am driver Simon Gregg (No. 59 Derhaag Motorsports Chevrolet Camaro) will be aiming for a repeat of his 2013 VIR victory, driving from a pole-position start to a dominant first-place finish. Gregg is third in the championship with 90 points earned so far.

Chris Dyson has struggled with inconsistent results this season stemmed largely from mechanical issues. But the 2019 Trans Am Vice Champion’s luck turned around at Road America as he shook Drissi on the final lap to run away with his first win of the season. Riding that wave of success, Dyson could very well turn the tables on the championship at VIR with two chances at a victory. 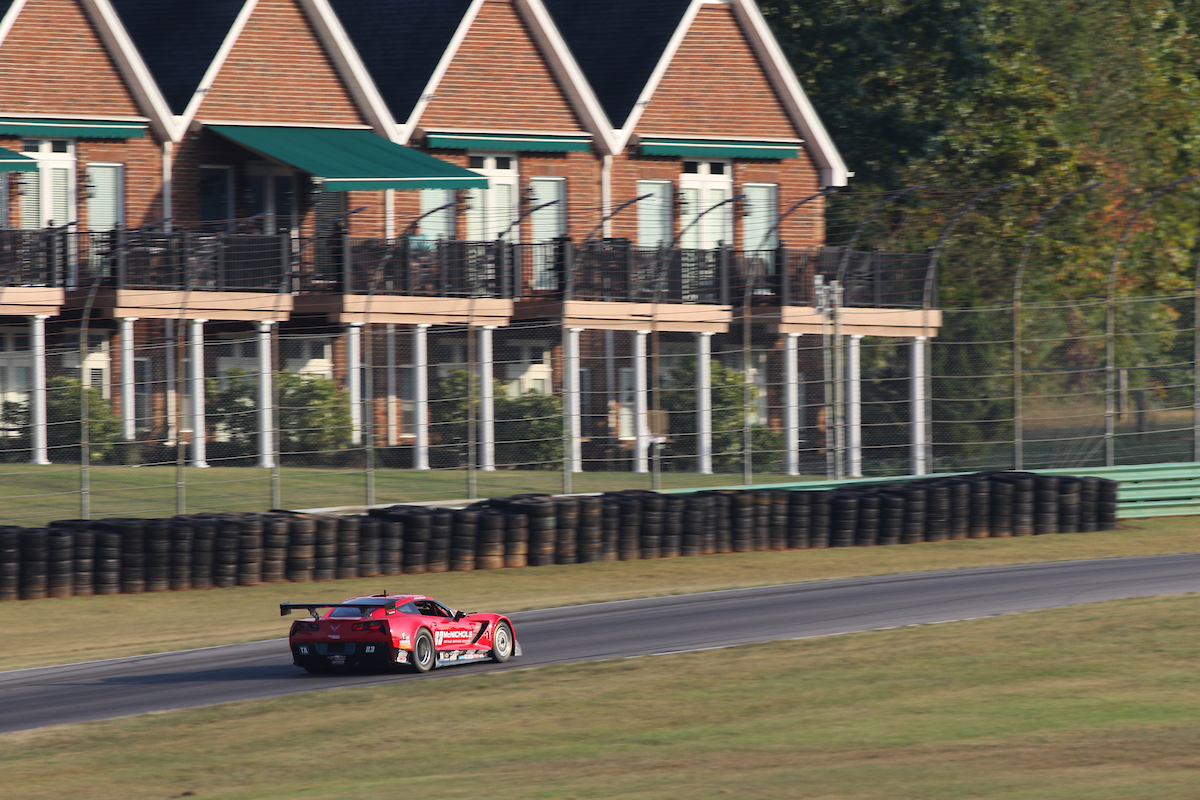 Amy Ruman is fifth in the TA championship, only two points behind Dyson, even after suffering a significant blow to her championship campaign at Road America where she didn’t start due to a mechanical issue that flared up on the gird.

During her long multi-championship history with Trans Am, the top step at VIR has eluded Ruman, but this is the first time in her Trans Am career that she will get two chances in the same weekend to put the No. 23 McNichols Co Chevrolet Corvette in the winners circle.

“We have really taken advantage of the break in the schedule, the crew has gone through the car, made some changes, and we were able to get some testing in,” said Ruman. “The Road America race was a huge disappointment for us, our fans, and our sponsors, it killed me not to race after a strong fourth place showing in qualifying. This weekend is going to be busy and challenging, but we are looking to have two consistent top finishes and gain some valuable points.”

Returning VIR champion Boris Said is the dark horse as a late entry to the weekend. Always a wild card, Said, whose first win at VIR with Trans Am was in a Ford Mustang in 2002, is looking to upset the championship, driving the No. 2 WeaverRcng/Techniques/SRIPerfor Dodge Challenger. (Video of Said's 2019 Win)

“VIR is a great track,” Said commented. “My first win was also the 100th for the Ford Mustang that was cool. Last year, we had a real good time. We ran off and hid - there's nothing wrong with that.  We tested there two weeks ago, shook the new car down and everything ran good, so we're going back for the race. It's a new car. They sold the car that won last year to Adam Andretti, so he just finished a new one."

With the winner receiving 30 points, the fastest qualifier earning three points and a bonus point awarded for leading a lap and another additional point for leading the most laps, any of these five drivers could end up on top after Sunday’s double-header. 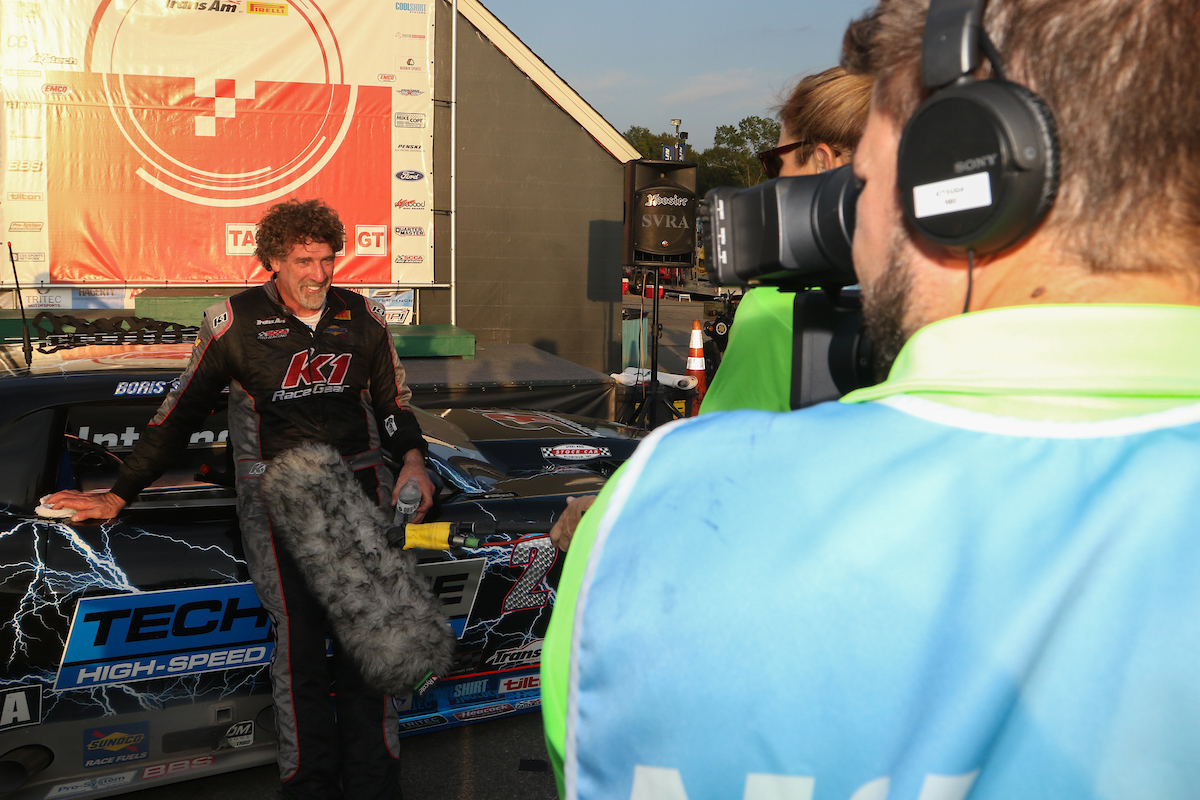 The Dynamic XGT/SGT/GT Creates on Sunday
On a few tracks this season, the new XtremeGT class has been faster than some Trans Am and TA2® cars. This will create an interesting dynamic on Sunday as the XGT cars will take the green with the SuperGT and GT classes in the third start group.

Leading the XGT championship is Ken Thwaits, who will be renewing his rivalry with Erich Joiner. It's an all German duopoly with Thwaits piloting the No. 5 Franklin Road Apparel Audi R8 LMS Ultra against the No. 10 Championship Coffees and Tool Porsche 911 GT3R of Joiner.

Another dozen cars make up the SGT and GT group. SGT frontrunner Lee Saunders returns to VIR in the No. 84 Landsearch LLC Dodge Viper to defend his lead against second-place Adrian Wlostowski in the No. 96 F.A.S.T. Auto Ford Mustang. Wlostowski, who is one of the newest full-time drivers in the SGT category in just his second year, is eager at the chance to score a possible pair of victories at VIR.

"Naturally, I was disappointed not to be racing at Watkins Glen this season, but I was fully behind Trans Am's decision to double up at Virginia,” said Wlostowski. “It makes perfect sense with everyone there and setup. I'm particularly excited to get behind the wheel again. VIR is a fun and fast track to drive our Mustang. It's going to be a fantastic weekend." 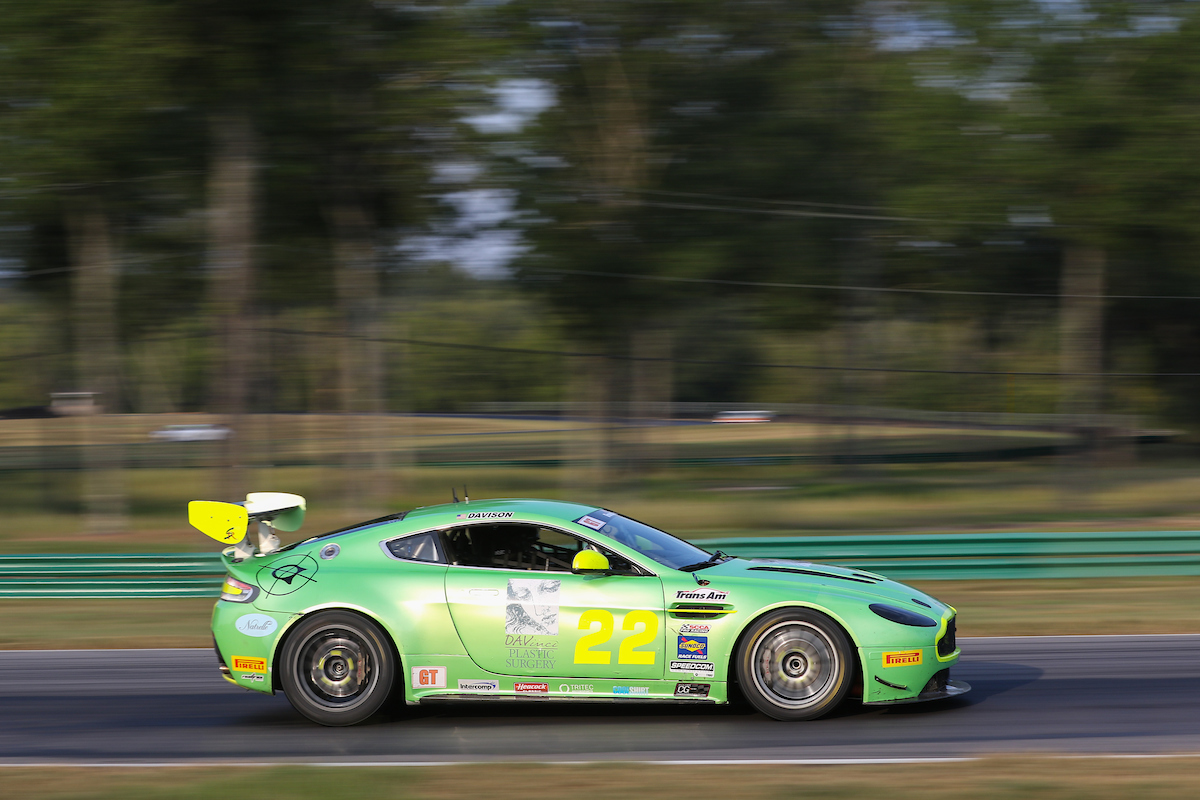 In GT, reigning champion and Virginia resident Steven Davison (No.22 Davinci Plastic Surgery Aston Martin Vantage) will make his first Trans Am return at VIR since Sebring. Davison won in the GT class last season at VIR, but will have to get past Billy Griffin (No. 14 GriffinAutoCare/Sheehan'sTowing Ford Mustang) and class leader Tim Horrell (No. 45 Breathless Racing Porsche GT4 Clubsport) to reclaim another class victory.

Schedule
The official Heacock Classic Gold Cup weekend for Trans Am kicks off on Friday with back-to-back group practices starting at 11:20 a.m. Eastern, followed by 15-minutes qualifying sessions in the afternoon starting at 4:40 p.m. Eastern with the TA group, followed by XGT/SGT/GT, then TA2®.  For Live Timing and Scoring, follow www.gotransam.com/livetiming

On Sunday, all five classes will take the green in a three-way split at 11:05 p.m. Eastern.
The two-day race event will be live streamed on the Trans Am by Pirelli Racing App.