The Trans Am Series presented by Pirelli returns to the Sunshine State for its 2019 season finale this weekend (Nov. 14-16), bringing a 53-car field to Daytona International Speedway. Staged as part of the HSR Classic 24 Hour at Daytona presented by IMSA weekend, the 3.56-mile circuit will play host to two 100-mile Trans Am races on Saturday.  Three drivers will arrive at the event already carrying the confidence of their 2019 championship, as Marc Miller (TA2®), Mark Boden (SGT) and Steve Davison (GT) have all sealed the titles in their respective classes.  But the TA class championship is still up for grabs, as defending champion Ernie Francis Jr. and Chris Dyson look to close out the year on top.  “We are looking forward to taking the championship fight to the finale at Daytona,” said Francis Jr. “This season has been long, and filled with ups and downs. We aim to end it on a high note with what could be our sixth Trans Am Championship.” 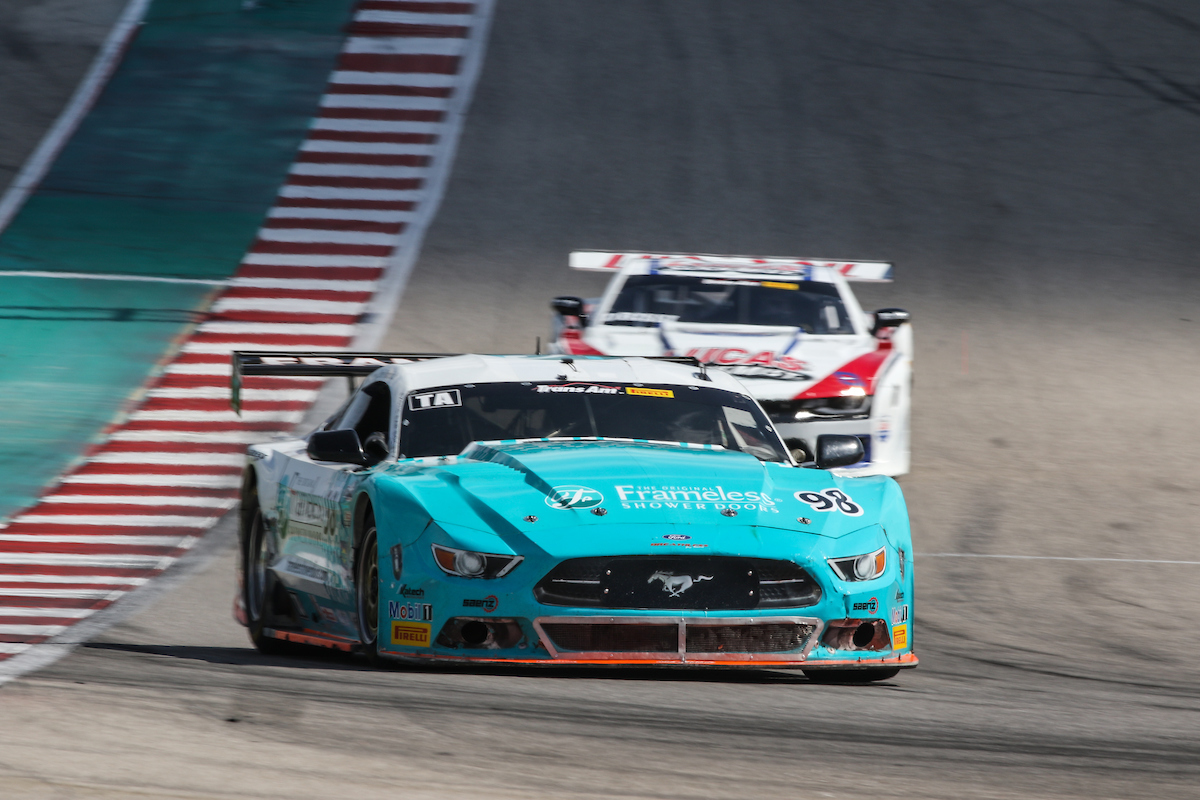 Francis, Jr., in the No. 98 Frameless Shower Doors Ford Mustang, enters the weekend with a 21-point advantage over Dyson, in the No. 20 Plaid Ford Mustang. Dyson’s task to take the title is difficult, but not impossible, in the 16-car TA class field.  At the last round of TA class competition at Circuit of The Americas, the 2018 TA class Rookie of the Year Dyson closed the points gap on the defending champion with a second-place finish after Francis Jr. suffered braking issues mid-race. Francis Jr. pulled a dominant lead before the mechanical issues dropped him down the grid into fifth.  But, that has really been the tale between the two contesting Ford Mustangs all season, when one experiences heartbreak on the track, the other is there to capitalize on the misfortune.  "I am really excited about racing at Daytona,” said Dyson. “It is one of the true American cathedrals of speed and it has always been awe-inspiring, no matter how many times I've raced there. In a Trans Am car, every lap is thrilling.  My family has a long history of success at Daytona, and I'm hoping to enhance our record.  Our Plaid Crafts Mustang has been really strong all year and especially at the fast and flowing tracks. We were quick at Daytona last year and I know we've made improvements all through this year.” With the points spread being what it is, Dyson is under no illusion about what his job is this weekend.  “We have nothing to lose at this point and so our focus is on winning the race,” said Dyson. “Luck hasn't always been on our side this year, and we know that our rival has been able to grab points when we haven't.  He has to have problems in order for us to win the championship. I can't control that, but I'm hopeful that we can close out the season with a win and we have to let the chips fall how they may." Amy Ruman’s history at Daytona International Speedway cannot be understated.   With 2014, 2015 and 2016 victories in the No. 23 McNichols Co. Chevrolet Corvette to her credit, Ruman stands as the most successful driver in Trans Am history at Daytona International Speedway.  Daytona was the site of her clinching the 2015 and 2016 championships, while her 2014 win marked the first solo victory at Daytona by a woman in a professional automobile race.  If Ruman rekindles her long-standing success at Daytona come Saturday, she could be the wild-card to upset the title chase between Francis Jr. and Dyson. 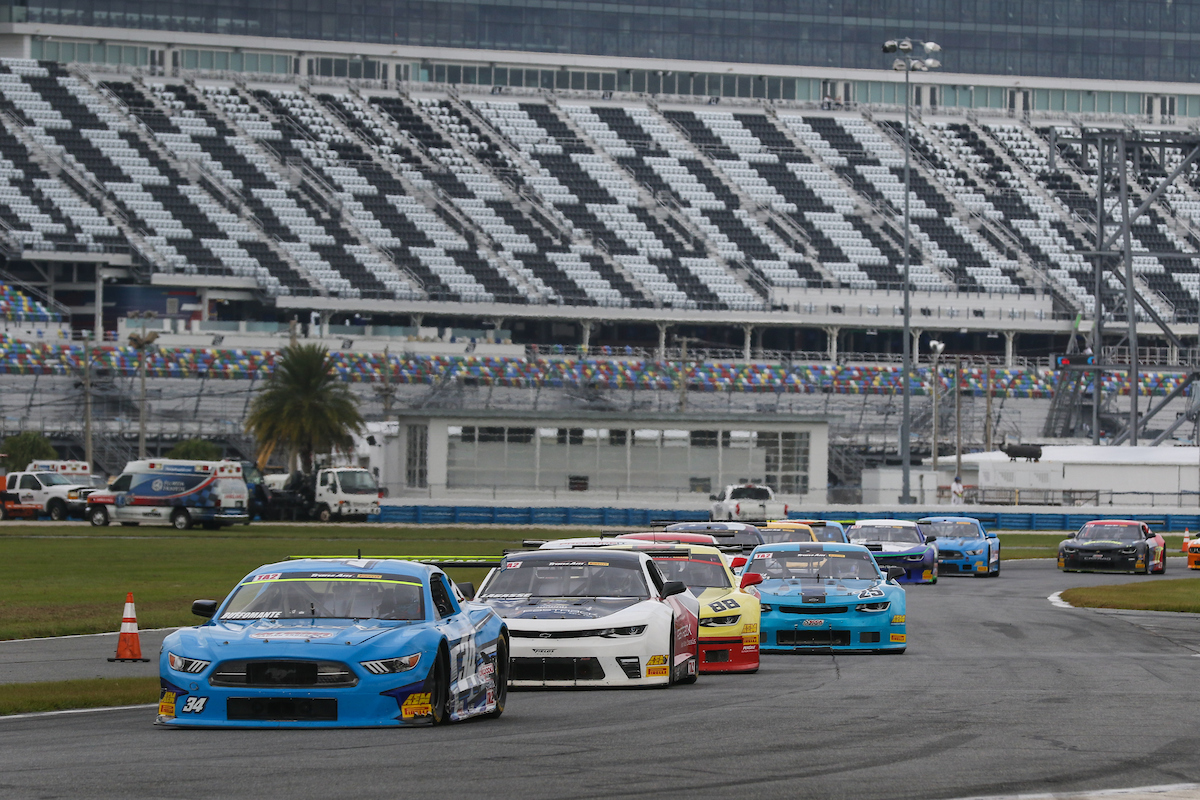 Following a huge win at CoTA in the No. 4 WeaverRacing/ECC/AnchorBolt Dodge Challenger, Adam Andretti has proven that he has what it takes to snatch a victory and could add another twist to the championship chase. Mix in the return to the wheel from TA championship driver Claudio Burtin on board the No. 3 Elavon Chevrolet Camaro, earning maximum points for the weekend could get even more difficult. “Racing Daytona in Trans Am is an incredible experience,” said Burtin. “The track is popular with fans and drivers and the Trans Am cars are a modern representation of what made the muscle cars so popular back in the day. The two together are a great combination.”  The TA2® powered by AEM class will feature a 26-car entry— one more opportunity for teams and drivers alike to capture Trans Am hardware in the Muscle Car Challenge. While Miller wrapped up the 2019 TA2® title during the penultimate round at CoTA, the championship podium is still not set. Mathematically, a combination of four different drivers could take second and third in the overall points battle.   Miller’s on-track nemesis and 2018 TA2® champion Rafa Matos returns to the lineup with a new team, Silver Hare Racing, and new number, No. 7 Ford Mustang, to fend off all other challengers from his second-place championship finish.  “I am thrilled to be racing the season finale with Silver Hare Racing,” said Matos. “We had a great meeting during the Runoffs at VIR, Maurice Hull and his wife Laura are very passionate about their team and the sport, plus their crew chief Jeff Holley is highly committed to the program.” Matos leads by a mere six points over Scott Lagasse Jr., No. 92 SLR/Fields Racing/M1Racecars Chevrolet Camaro. Six points also separate third-place Lagasse from Dillon Machavern, No. 77 Liqui-Moly / Prefix Ford Mustang in fourth.  Entering the round in fifth, TA2® Rookie of The Year Lawless Alan, No. 52 AutoParkIT Ford Mustang, still has a chance to clinch a championship podium at Daytona. 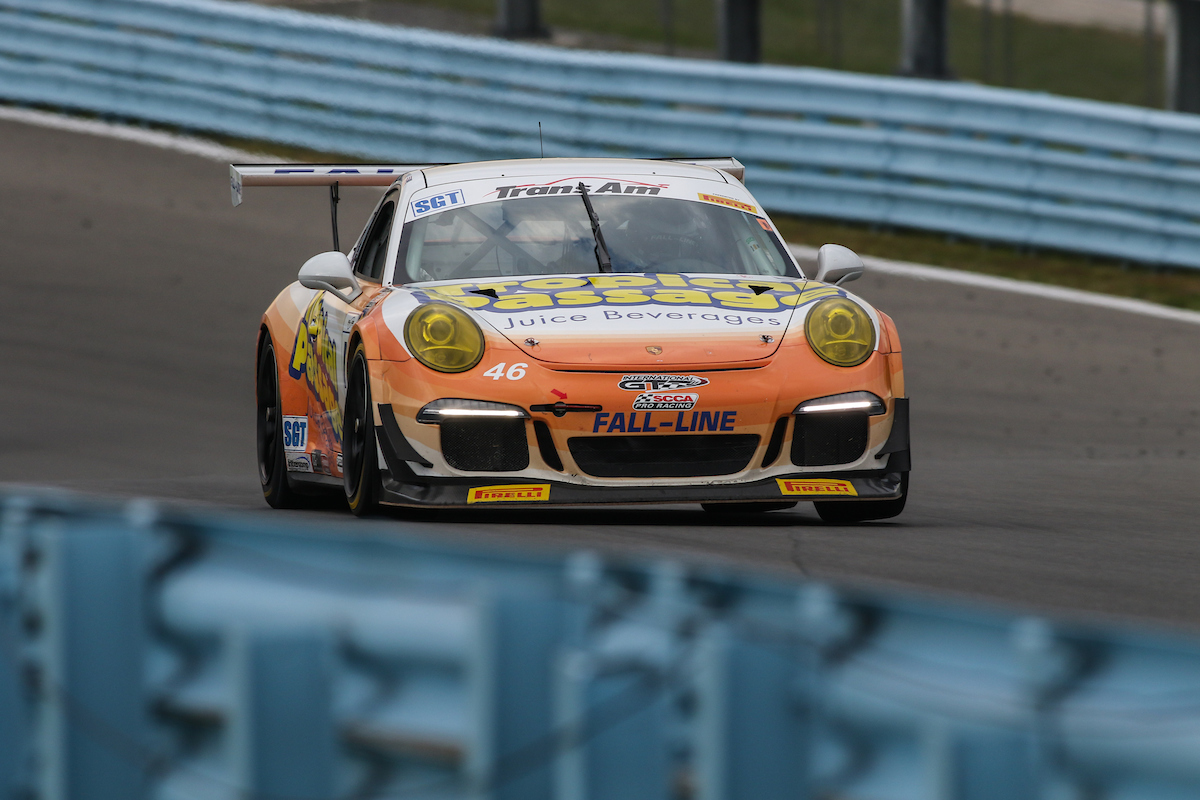 The championship in the SGT class was sealed up by Boden three rounds early in his Porsche 991 GT3 Cup entry. Davison will also have multiple challengers in the GT class this weekend. A double-digit field of SGT and GT drivers will share the 3.56-mile oval-based circuit.   The competitors will participate in practice on Thursday with back-to-back qualifying sessions starting at 12:30 p.m. Eastern on Friday. The season concludes on Saturday with the TA/SGT/GT 100-mile feature starting at 10:15 a.m. followed by the TA2® powered by AEM race at 11:25 a.m. Eastern.     Fans can keep up with the Trans Am Series presented by Pirelli throughout the event at www.gotransam.com, on Facebook at www.facebook.com/gotransam and on Twitter at @gotransam.