Emerging from a two-lap shoot out to claim the checkered flag, Trans Am Series presented by Pirelli driver Rafa Matos captured his second consecutive flag-to-flag victory in the TA2 powered by AEM class at Watkins Glen International on Saturday.

Scott Lagasse Jr. in the No. 92 SLR/Fields Racing/M1 Racecars Chevrolet Camaro matched his best result of the season with a run to  second place, with Thomas Merrill in the No. 81 Skip Barber Racing School/ Big Diehl Racing Ford Mustang crossing the line third to match his podium performance at Mid-Ohio Sports Car Course. 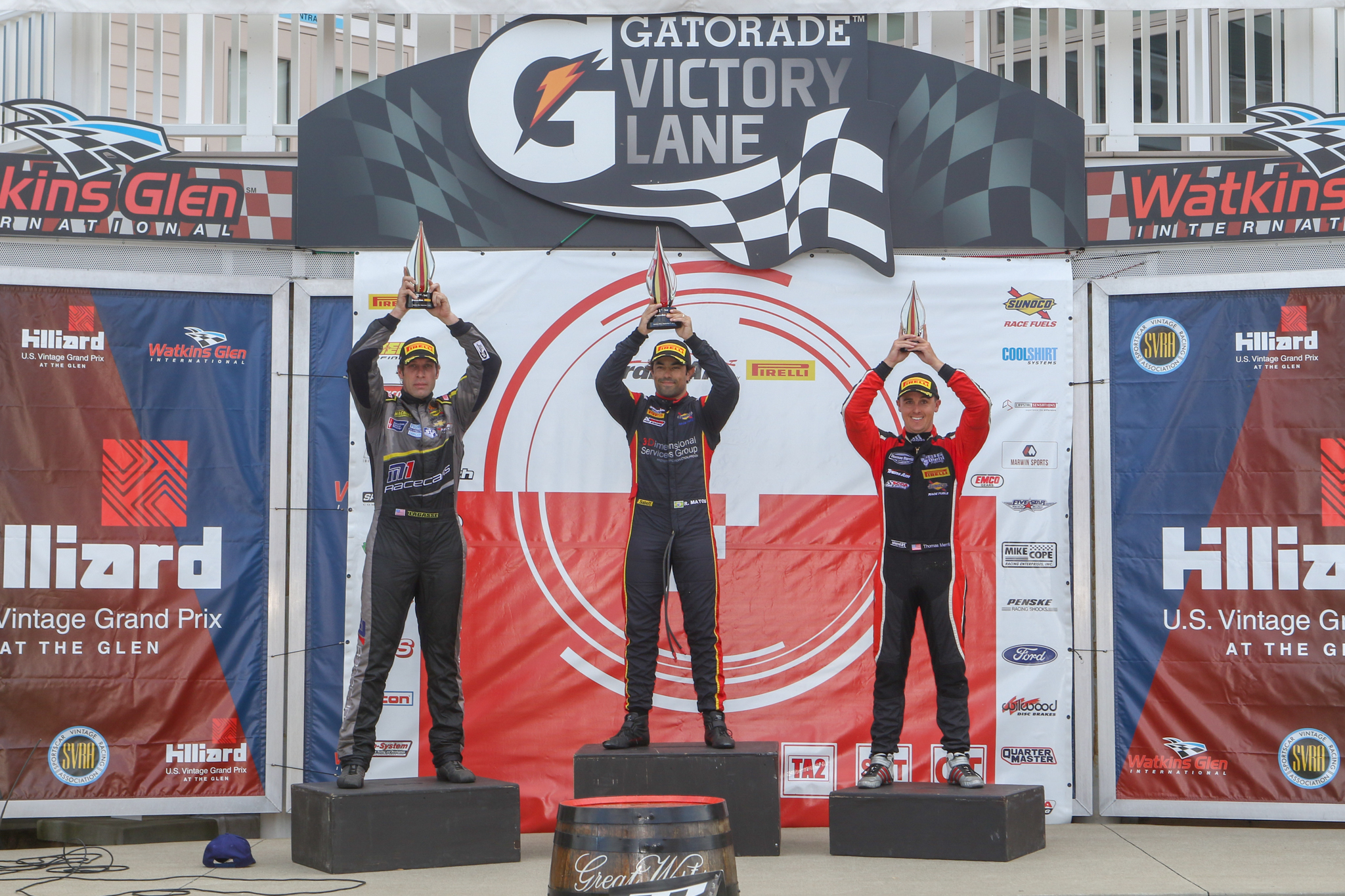 “Today was one of the hardest Trans Am races I’ve done,” Matos said. “We were flat out from the start, we were expecting more yellows. When the yellow came with five laps left, I knew it was going to be tough to keep Scott (Lagasse) behind me. I wasn’t sure if I had enough there at the end because our car was set up for the long run, but it all turned out great for us. It was a good day.”

While Matos led the entire race with little contention, there was non stop action happing in his mirrors with drivers fighting for the last two podium spots. Three different competitors held second place and five different drivers maintained third as the TA2 class delivered another highly competitive race all the way through the field.

Early in the race, Miller, starting second in the No. 40 Prefix / Stevens-Miller Racing Dodge Challenger, shifted his focus from trying to snatch the lead from Matos to defending his starting position from NASCAR K&N Pro Series East driver Ty Gibbs. 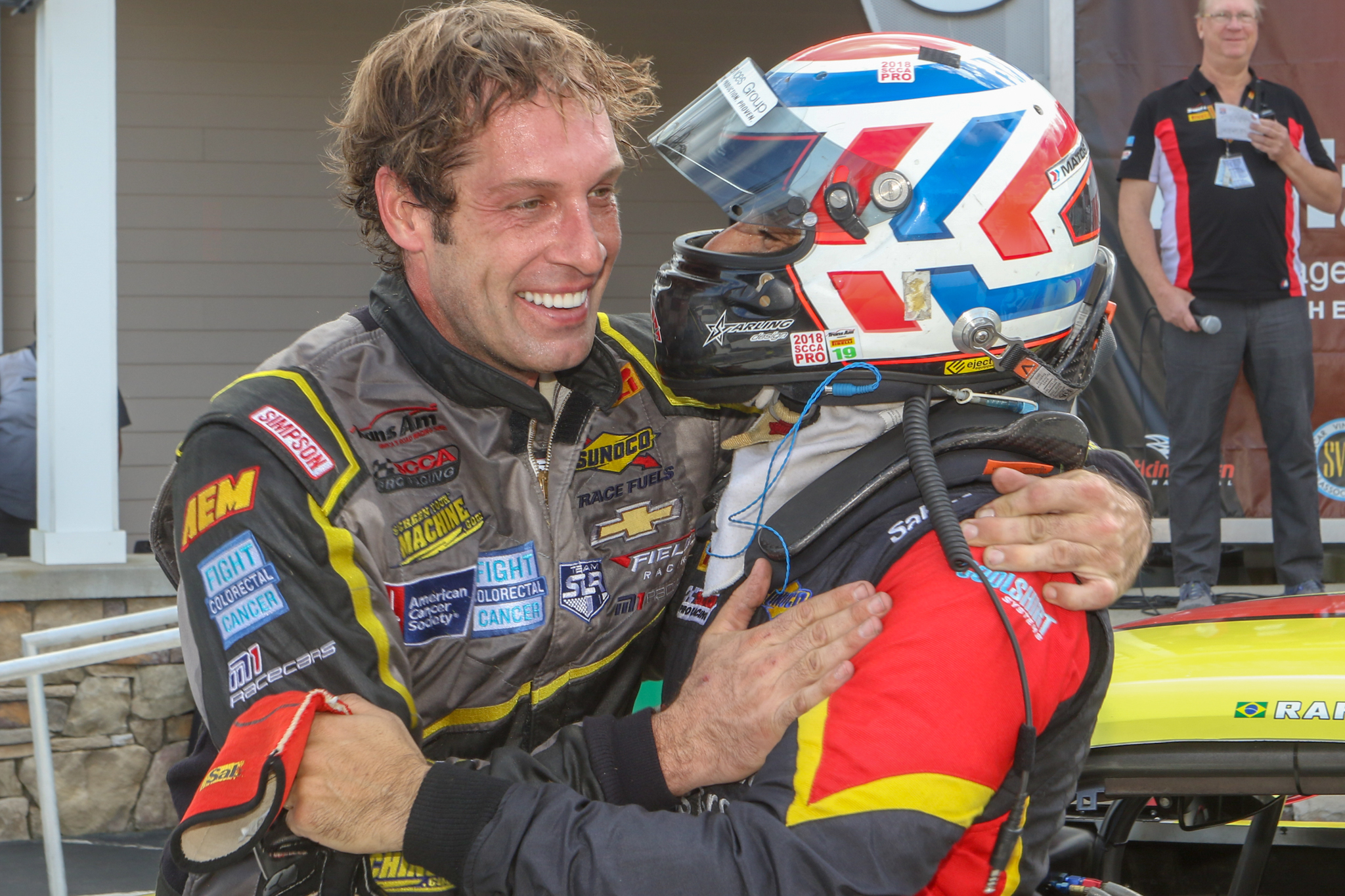 Knowing the championship implications, Miller saw Gibbs take the spot on lap 8, but remained relentless in his pursuit of another podium as he pressured Gibbs. The pair eventually made contact entering the first turn in The Loop, which sent Gibbs spinning with Miller dropping four wheels off track into the grass. Both drivers continued but lost several positions, ending their chances at a podium finish. Mechanical issues stemming from the original contact saw Miller lose and regain positions until the race ended on his way to a ninth-place finish.

The battle between Gibbs and Miller opened the door for a prowling Lagasse Jr. The NASCAR veteran driver capitalized on Gibbs and Miller’s misfortune and slid into second where he stayed for the duration of the race.

“These things are fun around The Glen,” said Lagasse Jr. “Hats off to Tyler (Kicera) on his first race. He was fun to race and raced me clean and hard the entire round. I thought I had more for Rafa at the end, but he has raced me so clean for the last two years, I had to return the favor. We raced side-by-side and put on a show those last few laps.”

Starting from fourth, Merrill bounced back to fifth before taking third after the late-race restart. 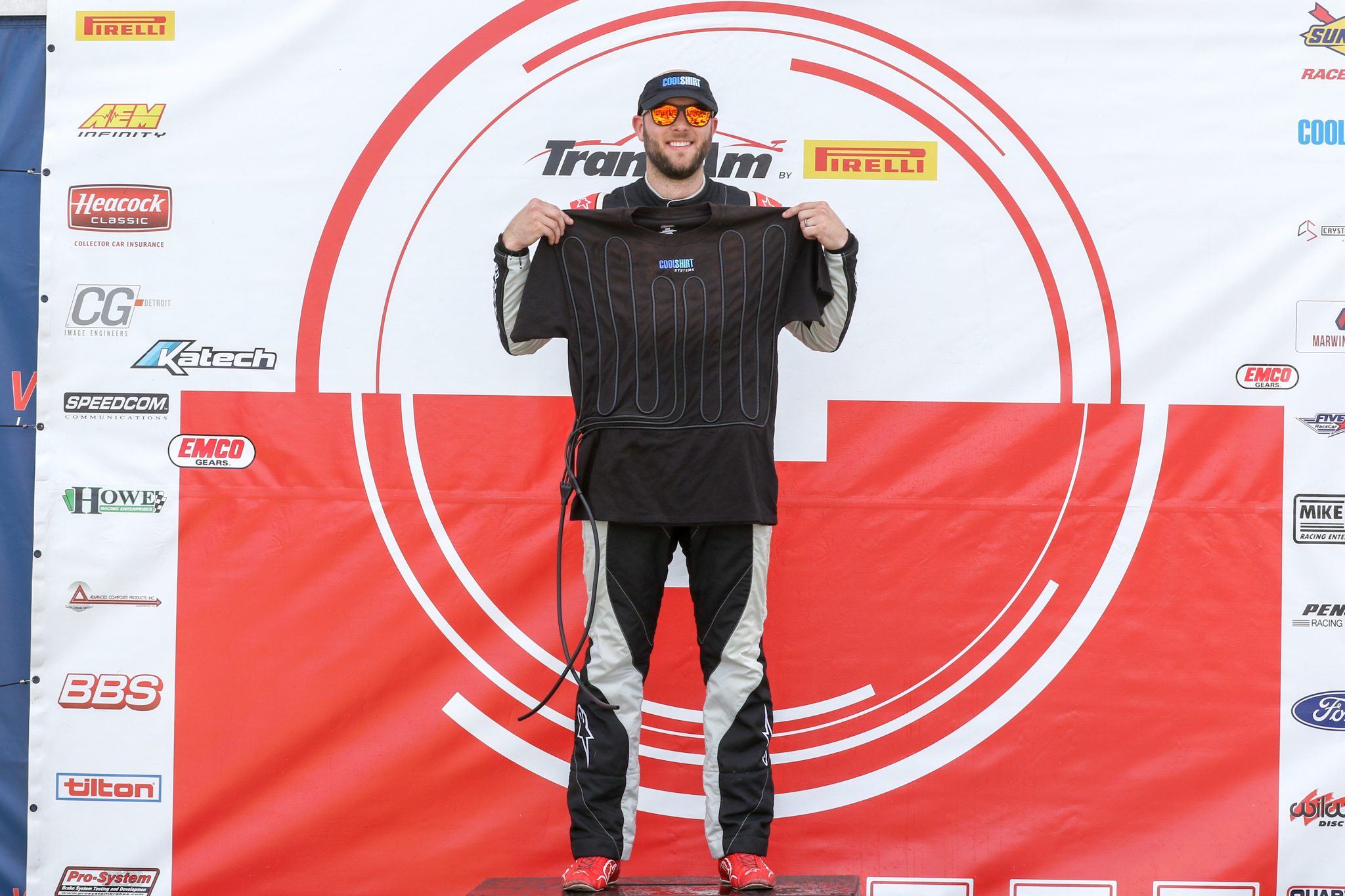 Merrill made his TA2 debut driving in the West Coast Trans Am Championship earlier this year and then moved to the national tour after winning the combined West Coast and National championship round at WeatherTech Raceway Laguna Seca.

“The race was really exciting, super exciting, and I could not believe we didn’t have more cautions than we did,” said Merrill. “Sometimes there just isn’t enough race track and we only gained one position on the restart, but that was enough for podium today. I am having a great time and I have a lot more to give to these national drivers.”

Recovering from a qualifying incident that damaged the front end of his the No. 4 Carbotech Brakes/Kicera Motorsports Ford Mustang, series newcomer Tyler Kicera showed  his strength behind the wheel, capturing a fourth place finish. The hard work from his crew to prepare him for the race also yielded thee Cool Shirt Cool Move of the race for entertaining Watkins Glen race fans as he entertained the Watkins Glen fans with his veteran-looking drive against the TA2 regulars.

“We had a tough start, and was really at a deficit on the back straight,” said Kicera. “I bobbled a couple times trying to pass Scott (Lagasse) before the yellow and on the restart Merrill caught me on the back straight. But, it was a blast to step up and be here against this level of and to do as well as we did in our first outing is very exciting for our future.”

Doug Peterson in the No. 87 3Dimensional Services Group Ford Mustang earned the TA2 Masters Award after finishing the race in seventh.

“It was a great race from my seat,” said Peterson. “The race got a bit dicey with drivers passing me in The Bus Stop and figured that this race could end in tears so I said ‘Grandpa’s had enough of this.’ So I flew by and held it to finish with a top-10 result.”

The next stop for TA2 is at Virginia International Raceway Sept. 20-22. The Trans Am Series presented by Pirelli TA/SGT/GT classes will participate in qualifying later today and take the green for the multi-class 100-mile feature starting at 11:20 a.m. Eastern on Sunday.