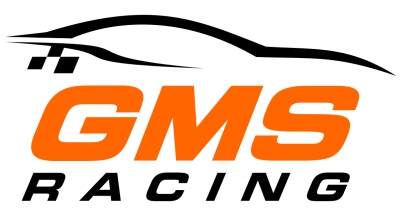 With the team’s driver lineup now complete, GMS Racing is proud to announce the three Crew Chiefs signed on for the 2023 NASCAR Craftsman Truck Series season. Experience is a strong point for all three of the leaders, with a mixture of familiar names and fresh faces heading the organization's three full-time entries.

No surprises here, veteran Jeff Hensley will return to the top of the box and work with Grant Enfinger for their sixth season together. Hensley made news headlines in July when it was announced that he would be returning with Grant Enfinger for the remainder of the 2022 season, and once the change was made, results began to show. In nine races that season, Hensley was able to guide Enfinger to four top-fives and five top-10 finishes, including a thrilling victory at Lucas Oil Indianapolis Raceway Park. It’s hard to beat the chemistry that he and Enfinger have built up over the years, which makes sense why the duo will continue their relationship leading into 2023.

Hensley's career spans decades, spending the majority of his time in the NASCAR Xfinity Series and NASCAR Craftsman Truck Series. He was the championship winning Crew Chief for Chuck Bown in the 1990 NASCAR Xfinity Series season, and overall has won 11 NXS races during his tenure from 1987 to 2001 - 10 with Bown and one with Larry Pollard. Transitioning over to the Truck Series in 2004, Hensley has amassed 19 career wins with drivers of the likes of Mike Skinner, Ron Hornaday, Johnny Sauter, Timothy Peters, and Brian Scott. With Grant as his driver, the pairing has won six NCTS races since 2018.

"I am so grateful to be able to continue to work with Grant Enfinger and have another full year with him as our driver. We were fairly successful when I joined back up with him midway through this year, and we still have a lot of work to do, but I think we found our direction over the latter half of the season. If we can start off like that and continue to learn and get better every week, I think by the middle of the 2023 season we have the opportunity to win ourselves a number of races. We want to put ourselves in the position to contend when it matters most, so gathering as many playoffs points as possible is going to be the top of our focus so we aren't in as big of a hole as where we were this year. GMS Racing has given us everything we need to compete, so I am thankful and excited to contend next year." said Hensley.

A familiar face returns to GMS Racing for the 2023 season, as Chad Walter joins to call the shots for Rajah Caruth after spending a year away from the team. Walter was a mainstay at GMS Racing for the 2020 and 2021 NCTS seasons, working primarily with Tyler Ankrum and Jack Wood in the respective years. With a motorsports career dating back to the early 1990’s, Walter brings a wealth of knowledge to the fold as he pairs up with the newest member of the team’s driver lineup. On his resume, Walter has worked previously with many powerhouse teams, including Hendrick Motorsports, Dale Earnhardt, Inc., Team Penske, Michael Waltrip Racing, and Richard Childress Racing - just to name a few.

As a NASCAR Xfinity Series Crew Chief, Walter won five races working with Kyle Busch, Mark Martin, Justin Allgaier, Ron Fellows, and Sam Hornish, Jr. In his two seasons competing in the Truck Series, Walter called the shots for 14 top-10 finishes - nearly a third of every start he made. The native of Albion, New York has also made several starts as a NASCAR Cup Series Crew Chief as well. This experience will prove to be a valuable asset for Caruth, as he looks to compete in his first full-season campaign.

"First and foremost, I am very excited to be back with everybody at GMS Racing. My two seasons that we had together here were a lot of fun, and I enjoyed learning a lot about the Truck Series. Even more exciting for me, however, is having the opportunity to work with a bright young talent like Rajah. In the short time that I have come to know and learn about him, he has thoroughly impressed me. The kid takes a ton of notes and pays attention to detail in everything he does, and that's the mentality that a rookie needs heading into the series. He has shown a ton of potential in the ARCA Series as well as his starts in Trucks and Xfinity, so to be able to guide him throughout an entire year is really going to be a fun experience. We have realistic goals set on next year, but make no mistake about it, we want to show ourselves as true contenders. I'm looking forward to what we have in store in 2023." said Walter.

Relationships are key in the racing industry, and a successful run with Daniel Dye is exactly what brought Travis Sharpe to the leadership of GMS Racing. Sharpe not only has served as Dye’s Crew Chief in Super Late Model competition, but he has also fielded some of Dye’s efforts as a car owner as well, building Dye’s chassis out of the Racing Dynamics shop, which he owns. In a one race deal between GMS and Bill McAnally Racing to compete in the ARCA Menards Series West at Portland Raceway, the duo were able to win the pole position and contend for the win. It is the team of Bill McAnally Racing that Sharpe has most recently spent his time with, accomplishing back-to-back ARCA Menards Series West championships in 2020 and 2021 with Jesse Love.

The native of Marion, Montana has a long history in the sport, winning over 30 NCTS races as a Truck Chief. Ironically enough, Sharpe actually began his career working alongside Jeff Hensley at Hensley Racing in 1995. A true short track racer at heart, Sharpe has won over 250 races in the Late Model and Super Late Model ranks as a Crew Chief, and 57 as a former driver himself. Returning to the No. 43 has special meaning for Travis, who served as a mechanic for Petty Enterprises in the early 2000's. He looks to bring the iconic number back to victory lane as he leads Dye in his rookie season.

"I am really optimistic to make the transition over to GMS Racing next year and continue to work with Daniel as he makes his first full-time season in the Truck Series. I believe that we have a good chance to make some good things happen right out of the gate that people may not expect, because in all of my time working with him, I can tell that he wants this more than anyone out there. I wouldn't make the move over to this organization if I didn't think we could compete at a high level, and I really believe in Daniel, so having the opportunity to lead him and the No. 43 team is one that I genuinely look forward to. We know what this equipment is capable of, and I believe we will have ourselves a great year in 2023." said Sharpe.

The NASCAR Craftsman Truck Series starts off its 2023 season at the famed Daytona International Speedway on Friday, February 17th. Stay up-to-date with team news and content by following @GMSRacingLLC on Facebook, Twitter, and Instagram, or follow along the web at GMSRacing.net. #WeAreGMS