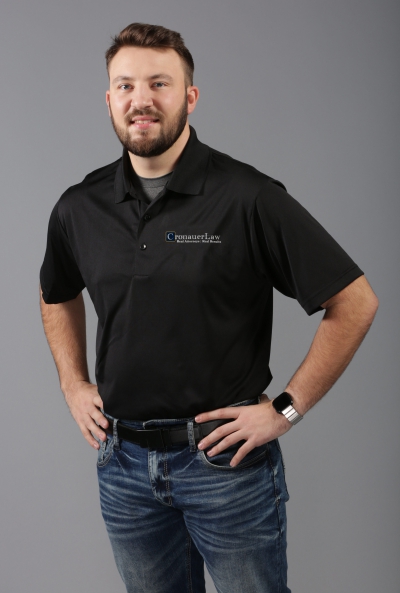 On the heels of tickets going on sale for NASCAR’s first ever Chicago Street Race weekend, Spencer Boyd announced today that Cronauer Law, an Illinois law firm will be joining his sponsor line-up for 2023.  Cronauer Law’s season-long engagement will be highlighted with their own paint scheme when the NASCAR Craftsman Truck Series goes back to The Milwaukee Mile next summer.

NASCAR’s return to The Milwaukee Mile is going back to the Craftsman Truck Series roots as the track was on the inaugural schedule in 1995.

“It's a big deal for NASCAR to be going back to the Chicagoland area and The Milwaukee Mile,” noted Boyd.  “I’m thrilled that Cronauer Law, a local firm, will be able to be a part of NASCAR in the area in this way.  This is so cool for Craftsman to come back to our series and for Milwaukee to be on the schedule.  That race that Mike Skinner won on July 1, 1995 was the first NASCAR race I was alive for.  Knowing my family, we probably watched it but not sure I remember it all too well!”

The legal team at Cronauer Law has earned a national reputation for aggressive trial advocacy and real results. In fact, they have won millions in verdicts and settlements and even set records with their victories. From cases involving catastrophic personal injuries to vehicle accidents, Cronauer Law is trusted from coast to coast. They are proud to offer 100% free, confidential consultations.

Nicholas Cronauer, attorney and principal of the firm and motorsports enthusiast, said “We are excited to partner with Spencer as he continues his quest on the Craftsman Truck Series circuit.  The Milwaukee Mile is the best place to showcase Cronauer Law as a majority of our clients are from Northern Illinois and can’t wait to help bring the excitement from the NASCAR Chicago race to Milwaukee.”

Cronauer Law has been awarded several accolades from top 10 verdicts and settlements to top 10 under 40 attorneys in recent years.  They recently secured a $4 million verdict in a vehicle related dram shop case.

Spencer added, “These attorneys are clearly highly skilled at their job and as such I’d like them to investigate a couple of the wrecks from this past season if you know what I mean!”

Specifics around the NASCAR Craftsman Trucks Series race on Sunday, August 27, 2023 at The Milwaukee Mile will be announced in the coming months and will air live on FS1.