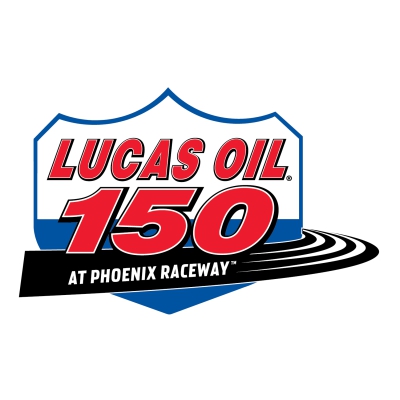 THE MODERATOR: We are now joined by our 2022 NASCAR Camping World Truck Series champion driver, and that is Zane Smith. Congratulations on the run.

ZANE SMITH: Yeah, I knew our night had gone too smooth at times and we struggled bad on pit road and I went from dominating the race, being the first seed, to restarting 11th with 11 to go as the fourth seed.

I wasn't going to -- Bob Jenkins was going to get a wrecked chuck or a championship trophy at the end of the day. I was not going to lose another one.

It's scarred me too bad, and yeah, probably the craziest finish I've ever been a part of and obviously the biggest win I've ever had. But just so proud of everyone.

Q. The four-wide move you found yourself in, four-wide bottom, was there ever a doubt that that was going to work out in your favor?

ZANE SMITH: I have no idea when that was. Was that with like five to go? How many was that to go? 10 to go, oh, man. Yeah, a lot happened that I don't even know.

Yeah, I think I was underneath Chandler at that time, and we were dooring each other, and we were nose to nose and both of us obviously weren't going to lift.

I mean, I have said it in a few other interviews but I just want to give a shout-out to the other three. We had every opportunity to wreck each other, and we battled hard, hit each other, but didn't wreck each other. We were fighting for a championship, so a lot of respect goes out to them.

I don't know if it was an exciting finish, but I about had a heart attack at the line.

Q. With Ben behind you, he drove you pretty hard, but he didn't wreck you. How nervous were you going into that final corner knowing that Ben was going to take some kind of shot?

ZANE SMITH: Yeah, pretty nervous. I talked to my spot tore, he said that he was on my bumper from the time I turned off the wall, but I really didn't feel him until about center of the corner. Then I started getting really loose and I was so worried he was going to -- it was an Xfinity finish from last year do-over.

I got really loose and then really tight and then I heard the screaming of my spotter which I knew we had it, and I'm just now getting my voice back.

Q. I was just wondering if you had a chance to speak to Bob Jenkins yet and what that conversation was like?

ZANE SMITH: I have not. Unfortunately Bob isn't here tonight, but I can assure you I probably have a phone call from him. I haven't been able to check my phone. It's been the busiest Victory Lane celebration I've ever been a part of.

It's been so cool to celebrate it with family, friends, just on the West Coast in general. Yeah, I just truly can't believe the night we've had.

Q. A year ago you had the runner-up finish in the championship. Your future was kind of up in the air. How is it now sitting there the champion, bright future ahead?

ZANE SMITH: Yeah, definitely a lot has changed. I have literally stood in this parking lot three years in a row not knowing what I'm going to be doing next year. I knew going into this, because I've been through way worse times, and regardless of outcome tonight, I'm going to have a job next year, and that's such a weight off your shoulders.

With him giving me that confidence, I wanted to reward him with a championship, and I felt like that's why -- I don't want to say I raced so much harder, but I just couldn't lose another one. It just wasn't an option.

Yeah, just crazy where I'm at mentally and how great things are going in my life right now. I'm just trying to ride it as long as I can.

Q. You talked about that mentality; is there one moment you can kind of pinpoint as a turning point for you? Obviously I know the heartbreak of finishing second the last couple years, but getting behind the wheel of this 38 truck, is there one thing that you'd noticed clicked differently for you this year? Is there a moment that stands out?

ZANE SMITH: I mean, probably just overall like team morale. Like I had a great relationship with my past team at GMS, but I don't want to call them old, but it was an older group, and the group that I have now is just younger, and I feel like we weren't always hanging out at the shop. We were also hanging out outside of work.

I just think that goes a really long way. Me and Chris Lawson have a really good relationship, and he's a past racer himself. We clicked right away. Then my engineer Dylan Cappello, we grew up racing together since I was about 12 years old. He's from out here, and we spend every Monday together in sim.

It's just that same deal; he's a past racer himself and still races some when he can.

I just feel like the communication is there a lot quicker than most.

ZANE SMITH: Yeah, I mean, I think so. I've literally watched it. I went from my very first year in trucks to winning a couple races in my rookie season, getting possibly an opportunity at a Cup car, and I thought that was crazy.

Then last year, I felt like we were really fast but struggled bad on execution. I felt like everything happened to us that year, and we still were able to advance into the Final Four with winning at Martinsville.

But I feel like this year, winning at Daytona and then a few more wins right after that and then how the format is now, it's like if you get into the Final Four, we all have the same mentality of man, this is a championship of our own, and whoever is the best of us four is the champion.

It's just really hard to get here in the first place, and then to execute on this day is to a whole other level, and I don't think we could have executed any better.

Q. On the FOX broadcast they mentioned you sent out 120 voicemails at the end of last year and Front Row was the only one that called you back. That kind of caught me off guard. Is that true? And if so, how did that really motivate you to deliver for them this year?

ZANE SMITH: Yeah, that's actually -- I guess a lot of that story is true, but there's more details. It's a long story.

I had obviously lost the championship with eight laps to go last year, and Front Row was not one of the places that I called. I didn't even think there was an opportunity.

I had a ride pretty much set up, and I was excited about it, but it was literally about 30 minutes later after, yeah, after these 120 phone calls probably in the past couple days. I had gotten a call from Front Row Motorsports that they wanted me to run their truck. That really caught my eye because I knew the people that were on the truck, and the people are what makes these things go fast.

I just recognized their work ethic and how bad they wanted it, and I wanted it really bad, also, especially for my past couple years of losing this.

Q. Along those lines, we had the other Championship 4 guys in here, and Chandler Smith came out and said, 38 were pretty much the most deserving team all year. All three pretty much agreed that you guys were one of the strongest teams. Can you talk about the camaraderie in the series and the respect the other drivers are showing you?

ZANE SMITH: Yeah, big time. I touched on it some how hard we raced, all four of us, not only for a win but for a championship together and we didn't wreck each other.

But yeah, I mean, I have a ton of respect for them.

I knew going into this tonight, you were probably going to have to win the race to win the championship just with how strong the 18 was on short tracks especially, and the 66 with how much momentum he's had, and then the 99 seems to always be there, as well.

It was a tough Final Four, but ultimately we had the best group and came out on top.

Q. You talked about how you wanted to bring the organization the championship, but also for Ford, how special is it to do it under those circumstances, to get that title for them in the Truck Series?

ZANE SMITH: Yeah, pretty special. Obviously Ford doesn't have many trucks out there, and I knew going into tonight that it was me versus Toyota.

I don't know, it made me want to get them a championship that much more.

There was times throughout the race of, yeah, it was difficult when I was boxed in by KBM pretty much for the first half and then was able to get in clean air and kind of control that.

Q. Being a young man from the West Coast, how gratifying is it just to bring one home considering California drivers have been able to accomplish many great things on a national level.

ZANE SMITH: Yeah, I mean, when I found out that Phoenix was going to be the new Homestead, I was pretty excited about that, just because I've liked Phoenix since the get-go. I really like Homestead, too, but this is as close to home as I get, so it's so cool having family, friends, old sponsors that are family, just all of them here.

Since I was a little kid, this is what our goal was, was man, maybe one day if everything is right, we'll be able to go chase wins in the Truck Series, or I don't even know if that was realistic then, any top 3 series in NASCAR, and many, many times it seemed so -- this ain't happening.

Q. The last time we had a Truck Series champion celebration here, it was much less subdued. You mentioned you're going to have a celebration; what is that going to look like?

ZANE SMITH: Yeah, it takes more than like two Bud Lights to get me drunk. (Laughter.)

Q. You mentioned all the people that have helped get you to this point. It's kind of a small part of your career, but Gary Crooks, and I'm curious, moving over to North Carolina and Mooresville and racing with Gary, what role did he play in getting you acclimated to stock car racing at this level?

ZANE SMITH: So much. I occasionally text Tony and a couple guys that were on that group. I still look back to those days like oh, my God, those were the most fun days of my life when we would go down to Speedweeks and get a house together and just go racing. It was so much fun.

Yeah, Gary taught me so much. I do have some super late model races that I want to go do next year. I don't know for who yet, possibly Gary. I don't know what he has available.

Yeah, I miss that whole atmosphere a lot. I was talking to actually Chandler some during media day, and he was telling me how just different the super late model world is of how hard you can run now. I'm really interested in it. Yeah, trying to put some stuff together for next year.

THE MODERATOR: Zane, congratulations on the championship and enjoy the off-season.