CWTS: What to watch for in the Baptist Health 200 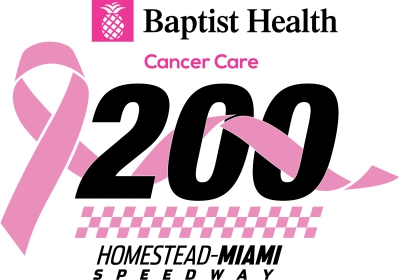 This is it: After taking a break since Talladega with a photo finish ending in Matt DiBenedetto pulling off a win as a non-playoff driver the series now moves to South Florida for the final round of eight drivers looking to lock their way into Phoenix. It’s been two years since the truck series ran at Homestead with the most recent winner of the event Kyle Busch who also leads the most wins in the series with three.

Locked in and who can Clinch: With his win at Bristol Ty Majeski is the only driver currently locked into Phoenix with regular season champion Zane Smith needing 38 points or a new winner and needing 41 points both very doable with several drivers like Eckes, Friesen, Nemechek and Enfinger all but needing a win to advance.

The following driver has clinched a spot in the 4-driver field of the next round: Ty Majeski.

Can clinch via points

If there is a repeat winner or a win by a driver who cannot advance to the next round, the following drivers could clinch by being ahead of the fourth winless driver in the standings. The same point requirements listed below would hold true if a new win comes from among Chandler Smith, Zane Smith or Ben Rhodes.

Can clinch via win

Part timers: Both Mat Gutierrez and ARCA Champion Bret Holmes will enter today’s event with Gutierrez making his fourth start of the season and first since Charlotte where he finished in 26th. But its Bret Holmes looking for redemption after Talladega when a caution came out just feet before the checkered flag forcing NASCAR to go back to loop data and video to determine that it was Matt DiBenedetto that won the event.

Holmes ultimately would finish in third place following the review of the data. In his post-race interview the dejection of being so close yet so far from winning at his home track but determined to come into Homestead and turn that around. Holmes who is also looking to expand his footprint in the truck series in 2023 to a more full-time status comes into Miami looking to kick start that effort.