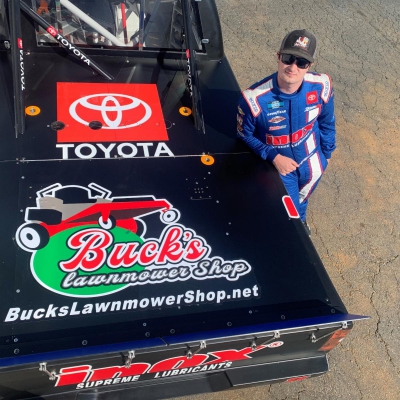 wo weeks after Darrell Wallace steered the No. 11 Spencer Davis Motorsports Toyota to a season-high 11th place finish in the Pinty’s Dirt Truck race at Bristol (Tenn.) Motor Speedway, team owner and driver Spencer Davis returns to the seat for Saturday’s ToyotaCare 250 at Richmond (Va.) Raceway.

Davis returns to the seat upbeat about the recent trek of his family-owned team’s performance in their opening two races of the 2021 NASCAR Camping World Truck Series (NCWTS).

After acquiring the owner points from NEMCO Motorsports and making their first run of the season at Atlanta (Ga.) Motor Speedway last month, Davis earned a strong top-20 finish after nearly starting shotgun on the field in FR8 Auctions 200 on March 20.

In the series’ highly anticipated debut on the Bristol Motor Speedway Dirt, six-time Truck Series winner Wallace returned to the tour and despite starting deep in the field after the heat races were canceled because of inclement weather, the Mobile, Ala. native cleverly maneuvered his way through the field to finish 11th in his No. 11 Columbia Sports Wear Toyota Tundra.

The recent effort of Spencer Davis Motorsports has lifted the organization from 36th in owner points to 28th in just two races with the Danny Gill-led team showing no sign of slowing down anytime soon.

“I’m very proud of this Spencer Davis Motorsports team, especially our effort at Bristol Motor Speedway,” said Davis. “We’ve been able to find out footing very quickly in just two races but it’s important not to get complacent because we still have work to do and wins to chase after.”

Saturday’s 250-lap race at Richmond’s 0.875-mile oval will mark the Dawsonville, Ga. native’s first run at the legendary short track and while he doesn’t have any laps in real life – he has been steadily preparing for this weekend’s race utilizing other resources.

“I’m glad to be checking off another new track for my NASCAR resume, but Richmond from what I understand is a very demanding short track and tire conservation will certainly come into play,” added Davis.

“We’re going to have a decent starting spot and it’s going to be important for us to get a good balance on our No. 11 INOX Supreme Lubricants Toyota early so we can put ourselves in a good spot for Stage 3. The race had a lot of green-flag runs last year and it is hard to say with the race being run during the day this year if that will change the complexion of the race – but we’ll be ready for anything that is thrown our way.

“I’m just thankful to get back behind the wheel of our No. 11 INOX Supreme Lubricants Toyota this weekend.”

In February, SDM announced that INOX Supreme Lubricants will serve as the team’s primary partner this season.

INOX product range was first released in 1989 with the Original INOX MX3 Lubricant. The original MX3 product was in development stages for two years prior to release with testing and focus on creating the right product for the market.

The INOX product range continues to grow with 12 products on the market, each with their own many specialized qualities used in all different industries. All their products are tested and trialed before hitting the market to ensure the best of quality is maintained in the INOX name. INOX products are available at all major industrial, electrical, automotive, hardware, bearing and mining, marine, fishing and tackle outlets, plus many more locations.

“Excited to have a long-time friendship turn into more for Atlanta with INOX Supreme Lubricants,” said Davis. “It feels great going there with a popular new scheme and an awesome sponsor, can’t thank Angel and James at INOX enough for their continued support and partnership with our small team. “Looking forward to having them more on this year hopefully, thrilled to be a brand ambassador and represent them to the best of our ability. We use their products day to day on our race team and in our machines at our business. A quality product and amazing people helped bring this all together.”

When asked about the team’s recent momentum, the two-time ARCA Menards Series East winner attributed the vibe around the team to crew chief Danny Gill.

“Danny has been awesome to work with and has done a great job in helping prepare and call a great race for our Spencer Davis Motorsports team,” added Davis. “The Truck Series is a lot more competitive than it was last year, so you are literally fighting for that next spot, but I think we have showcased over the last month that we have the equipment to battle for strong finishes and that will be our momentum to carry us to Richmond this weekend and Kansas in a few weeks.”