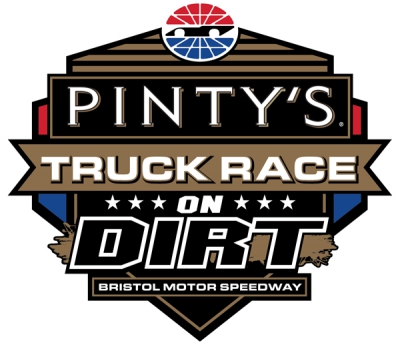 With the exception of one muddy lap, rain forced the cancellation or postponement of all NASCAR track activity on Saturday at Bristol Motor Speedway.

During a break in the rain on Saturday, NASCAR started the first qualifying race for the NASCAR Camping World Truck Series, but with mud covering the grilles and windshields of the trucks, NASCAR halted the proceedings after one lap and brought the trucks to pit road.

Shortly thereafter, the rain returned, and NASCAR was forced to cancel the qualifying races for the Truck Series and Cup Series. The starting fields for both races have been set by owner points.

John Hunter Nemechek will start on the pole for the Truck race, with Kyle Larson is listed in the first position on the grid for the Cup race. Larson, however, will have to drop to the rear of the field for the start because of an engine change in his No. 5 Chevrolet.

Trevor Collins, Jessica Friesen and Ryan Newman are non-qualifiers for the Truck race. JR Hefner already had dropped out because of extensive damage to his No. 3 truck sustained during practice.

Based on observation of the track and tire wear in Friday’s practices, NASCAR made changes to the format of the Sunday’s Cup race. Stage breaks will come after Laps 100 and 200 (instead of 75 and 150 as originally announced) and competition cautions have been added after Laps 50 and 150. Each car also receives an additional set of tires.