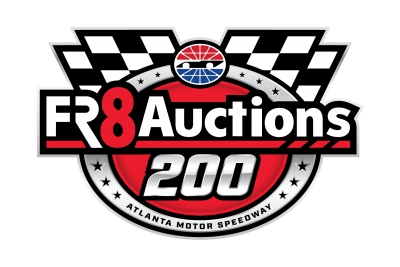 After a week off, the NASCAR Camping World Truck Series returned today for the Fr8Auctions 200 and it was Kyle Busch who came home with the checkered flag; his first win of the season.

“It’s great to get back to victory lane; well it’s always cool to get to victory lane in Billy Blue’s backyard here in Atlanta,“ Busch said to FOX Sports’ Jamie Little.

John Hunter Nemechek started on the pole alongside Matt Crafton. Crafton was able to steal the lead from Nemechek by the end of lap one but was unable to hold off Busch as he took the lead just a few laps later.

The first caution came out halfway through the first stage; this was the competition caution. With two laps to go in the stage, Nemechek was able to make his way past Busch en route to a stage one victory.

Once again, the stage came down to Busch and Nemechek; it was Nemechek claiming the stage two victory.

With 34 laps to go, green flag pit stops began when Grant Enfinger made his way down pit road. Busch was able to cycle back around to the lead, but Austin Hill was able to pass Nemechek under this sequence.

Ultimately, it was Kyle Busch who crossed the finish line in first with Hill and Nemechek rounding out the top-three.

Next week, the trucks head to The Last Great Colosseum for the Pinty’s Truck Race on Dirt. Tune in to FOX Sports 1 at 8:00pm ET on Saturday, March 27 for coverage of the event.