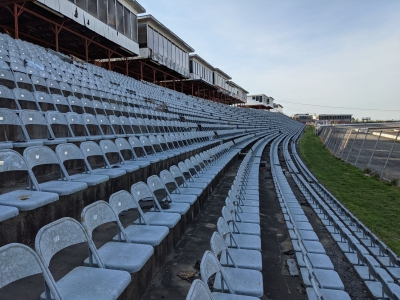 Save The Speedway Photo

NASCAR unveiled its 2023 Cup Series schedule, and fans are in for a treat. The upcoming series may be similar to its 2022 counterpart, but there are some fairly big changes to expect.

The 2023 NASCAR bucket list includes novelties such as the Bristol Motor Speedway and pre-season Clash at the Coliseum. Various track types, more road courses, and two additional new circuits—one being an exhibition—are also part of NASCAR's ambitious projects to enhance the sport and spectator experience.

Speaking of elevating the fan’s experience, the best betting sites provide wagering options for NASCAR enthusiasts giving them a chance to win real money. What Car Make Wins, Outright Winner, Driver Matchups, or Winning Car Number are some of the different NASCAR bets you can place.

So what can you anticipate for the 2023 NASCAR Cup Series?

The 2023 NASCAR Cup Series will feature heavily on Sundays, with only two Saturdays on the entire calendar. One is the September play-offs at Bristol, and the second is August's grand season finale at Daytona International. On NASCAR's website, one can obtain a detailed schedule list.

2.  Coliseum Clash Is Back With A Bang

The Clash at the Coliseum is starting the tournament, which is returning for the second season. Drivers eligible for the pre-season exhibition will hit the gas around a 0.25-mile asphalt oval at the iconic Los Angeles Memorial Coliseum. Since the first attempt of the Coliseum Clash at the L.A. venue proved a success, it's only prudent that NASCAR returns to the arena that once hosted the Super Bowl.

The Clash has always been held at Daytona International in the days leading up to the Daytona 500 from 1979 to 2021. However, the switch to SoCal is an ingenious way to fit a fascinating arena into the calendar.

3.  The Indianapolis Motortrack Is Back

The Indianapolis circuit only sometimes produces high-octane car action and is a bone of contention among NASCAR fans. Despite some fleeting moments on the Indy road, Roger Penske mentioned that switching back to Indy's oval in 2023 will change the narrative.

4.  Catch The NASCAR All-Star At The North Wilkesboro Speedway

After two seasons at Texas Motor, the NASCAR All-Star will shift to North Carolina's North Wilkesboro. A peculiar choice, considering Wilkesboro will host its first cup since 1996, partly thanks to NASCAR Hall of Famer Dale Earnhardt Jr.

The 0.625-mile oval was part of NASCAR's formative years, becoming an annual stop in the racing program by hosting two circuits a year from 1951. It's only right the All-Star function graces this historic venue.

5.  Only One Road Rage At The Texas Motor Speedway

For the first time since 2004, Texas Motor will have one course after the All-Star event moved to North Wilkesboro. The 1.5-mile track at Fort Worth will welcome NASCAR for its Round of 12 on 24th September 2023.

NASCAR pitches camp at the Windy City for the famous street course. Drivers will maneuver through the Chicago streets on 2 July 2023 on the 4 July weekend. If executed properly, the Chicago event will succeed and give fans a memorable moment.

7.   One Last Rodeo At The Current Auto Club Speedway

It's been long in the pipeline that NASCAR plans to revamp the two-mile Auto Club racetrack into a shorter stretch. Even though the changes won't take place this season, it presents NASCAR fans one last chance to see the 26th February 2023 event in its current design.

There isn't a significant change to the 2023 NASCAR play-off timeline in terms of its elimination, play-off rounds and order. The Darlington Raceway premieres the ten-race postseason, and the Phoenix fort brings the championship weekend to its vibrant arena. Martinsville, Charlotte, and Bristol race tracks retain the elimination rounds.