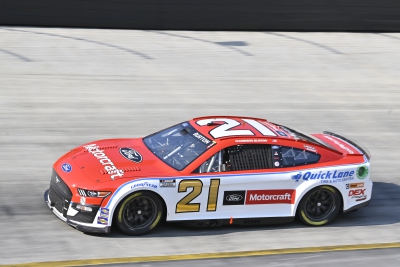 With a lap at 94.998 miles per hour in Saturday’s qualifying session at Martinsville Speedway, Harrison Burton and his No. 21 Motorcraft/Quick Lane team earned a top-10 starting spot for Sunday’s Xfinity 500.

It was Burton’s fourth top-10 start of the season and his second in the past three races, the first being an 8th-place start two races back at Las Vegas Motor Speedway.

Burton’s speeds in qualifying were faster than he ran in practice earlier in the day where he was 20th on the speed chart with a best lap at 94.181 mph. That came on the 19th of the 35 laps he ran in the session.

Sunday’s Xfinity 500 is set to get the green flag just after 2 p.m., with TV coverage on NBC.