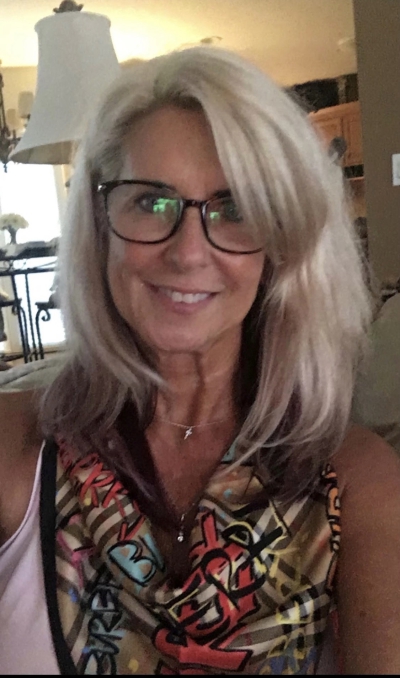 Harrison Burton and the No. 21 DEX Imaging team are going to Texas Motor Speedway this weekend to honor a hero. A cancer hero – the late Nancy Wood.

Mrs. Wood, wife of team co-owner Len Wood, will be recognized as part of an initiative by the Martin Truex Jr. Foundation, The NASCAR Foundation and AdventHealth. For the past three years the program hasraised awareness and money to be used for research and support of new treatments and to improve the lives of those affected by ovarian and childhood cancers. Her name will appear above the driver’s door of the No. 21 Mustang.

The Cancer Hero program is held in September, which is Childhood and Ovarian Cancer Awareness Month.

Mrs. Wood was a popular member of the racing community and a familiar face in the NASCAR garages as she represented the Wood Brothers race team. On race days, she could be found at the team hauler in the garage area, welcoming friends and fans with her friendly smile and outgoing personality.

Even as she battled cancer, Mrs. Wood continued in her role as the “Welcome Wagon” for the family team.

“She never complained,” the team wrote in nominating her for the Cancer Hero program. “She continued to shine. Even on her roughest days, Nancy brightened any room, any track she walked into.

“She fought valiantly. She was beyond grateful for the love and dedication her husband and son showered on her after her diagnosis.”

Nancy Wilds Wood died in December, 2021, after a courageous battle with a rare form of colon cancer.

The DEX Imaging team’s appearance in the Autotrader EchoPark Automotive 500 weekend at Texas Motor Speedway comes at the end of an extra busy week.

Since racing Saturday night at Bristol Motor Speedway, where they finished 16th despite some early tire issues and a spin, Burton and the No. 21 team participated in a two-day test at Homestead-Miami Speedway.

“Texas offers the No. 21 Ford team another return trip to a track this season,” Wilson said, adding that the Homestead test went well for Burton and the crew. “At this test and at the Martinsville test we had competitive speed. What this tells me is that the most important ingredient for our continued progress is laps and a notebook.

“We will have that heading into this weekend.”

He said he was proud of the team’s performance at Bristol under trying circumstances and said he believes the team will work just as hard in the remaining races this year.

“Bristol was a solid result after a challenging start to the race,” he said. “I’m proud of the fight that each team member showed.

“Everyone stayed focused on the task at hand. We clawed our way back into a very respectable finish. Our group will take that same fighting attitude into the rest of the season.”