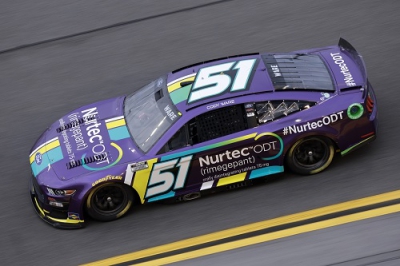 NASCAR announced penalties following the weekend at Watkins Glen International on Tuesday. The pair of penalties announced impacted a team in the NASCAR XFINITY Series and NASCAR Cup Series garages.

The most impactful handed down was to the No. 51 team driven by Cody Ware. Ware’s No. 51 car lost an added ballast and as a result, Billy Plourde (crew chief), Jamie Edwards (car chief), and Steven Gray (engineer) have been suspended for the next four NASCAR Cup Series races through Bristol.

Crew chief Bruce Schlicker for the No. 16 team of AJ Allmendinger in the NASCAR XFINITY Series has been fined $5,000 for lug nuts not properly installed.