NASCAR will have an international flair at Watkins Glen, PROJECT91 to make debut 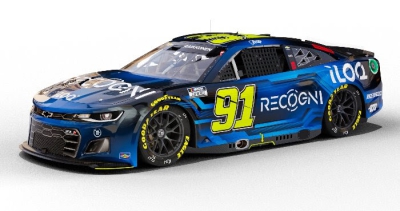 The iconic Watkins Glen International road course in upstate New York has hosted a myriad of different racing series over the years, including Formula One races for two decades in the 1960s and ‘70s, and has since been an iconic stop on the NASCAR and IMSA schedules.

So perhaps it is only fitting that for the first-time in NASCAR Cup Series history a record seven different countries will be represented by the competitors this weekend in the Go Bowling at the Glen on August 21 (3 p.m. ET on USA, MRN and SiriusXM NASCAR Radio); including the multiple drivers representing the United States, Daniel Suárez from Mexico, sportscar aces Mike Rockenfeller from Germany and Kyle Tilley from England, NASCAR Euro Series champ Loris Hezemans from the Netherlands, and a pair of former F1 drivers Kimi Raikkonen, of Finland and the talented Russian driver Daniil Kvyat.

Raikkonen’s involvement is the result of a new relationship NASCAR team owner Justin Marks (Trackhouse Racing) hopes to build between NASCAR’s premier series and some of the world’s most renowned drivers from other racing disciplines. Raikkonen will be driving the No. 91 PROJECT91 Chevrolet, marking the debut of the team’s part-time third entry - an innovative concept for the sport in attracting a worldwide superstar like Raikkonen to the grid.

For Raikkonen, 42, this will not only mark his NASCAR Cup Series debut, but it will be his first NASCAR start since 2011 when he competed in a NASCAR Xfinity Series and Camping World Truck Series race at Charlotte Motor Speedway.

“Really before all the work got done to build a brand and actually build out what PROJECT91 was, I had to find somebody that would give immediate legitimacy to it and be interested in doing it," Marks explained. “And to me, really quickly, it was Kimi. He obviously has interest in NASCAR because he’s competed in it before. And he’s newly-retired so he has time to do it.”

“The genesis of PROJECT91 was just my desire as a race fan to see cool things happen in racing," Marks added. “A Formula One driver coming to NASCAR and being competitive at the Cup level is a cool thing.”

That’s certainly been the universal reception to Marks’ idea.

Having former F1 drivers in NASCAR isn’t necessarily new. Juan Pablo Montoya won 13 grand prix in six years of Formula One competition (2001-06) and then raced fulltime at the NASCAR Cup Series level from 2007-‘12 winning two races. Just this February, the 1997 Formula One World Champion Jacques Villeneuve competed in NASCAR’s biggest event, the Daytona 500. And Kvyat will be making his second NASCAR Cup Series start for Team Hezeberg after competing on July 31 at the Indianapolis Road Course.

But the idea of having a rotating list of championship-level drivers from other racing disciplines is a fresh take on the concept. And it’s been well-received all around the racing world.

“I wasn’t looking to race again, but Justin came to my home in Switzerland and convinced me how serious he was about putting together a top-notch program," said Raikkonen, who drove for such iconic teams as McLaren, Ferrari, and Alfa Romeo in his celebrated 19-year F1 career.

“This will be fun, but it’s something I will take very seriously. I know how competitive the NASCAR Cup Series is and it will be a big challenge."

A big challenge perhaps, but Raikkonen will show up in America this week balancing hefty expectations.

Romain Grosjean, a former Haas F1 Team driver who competed against Raikkonen in Formula One and is now a fulltime driver for Andretti Autosport in the NTT IndyCar Series, fully believes Raikkonen is capable of a good competitive finish, if not a win. No matter where Raikkonen finishes, Grosjean says the whole experience is a win-win situation.

“And I’m sure he’s going to have a warm welcome from the drivers," Grosjean added. “He’s a world champion and had an incredible career. And the guys know that it’s a pretty good driver they get to compete against."

Kurt Busch, the 2004 NASCAR Cup Series champion, would agree with Grosjean on that. And Busch – driver of the No. 45 23XI Racing Toyota in the NASCAR Cup Series - is similar to Raikkonen in that he has competed in a wide variety of racing disciplines too – from the National Hod Rod Association (NHRA) Pro Stock class to winning Rookie of the Race with a 12th-place finish in the 2014 Indianapolis 500 in the NTT IndyCar Series.

“I think he’s going to do well," Busch said without hesitation. “He’ll make an incredible impression with our sport. His professionalism and what he brings from the F1 world and all he’s done in his career will be a nice refreshing boost for some of the guys to be looking at and some of the guys to race against."

Raikkonen jumped in a stock car at Virginia International Raceway (VIR) last week before heading up to New York for the race this weekend. Plus, he’s been doing some SIM training, and already Raikkonen is optimistic about the experience.

“I always enjoyed my races there," Raikkonen said of his United States experience a decade ago. “Hopefully, I’ll have a good drive and good fun."

Just the opportunity to expand the competitive pool is reason enough to feel the PROJECT91 team will be successful. It’s a great chance for fans to witness a more diverse, and certainly, acclaimed racing lineup.

“I think the interest has always been there, it’s just because NASCAR is so unique and it’s viewed around the world as this interesting form of racing that’s huge in our country that doesn’t exist anywhere else," Marks said. “I think for people that are true motorsports competitors at that level, they all would love to try it and see what it’s like to run a NASCAR race because there’s just nothing else in the world like it.

“Hopefully PROJECT91 is a springboard for more participation internationally in the sport because we’re going to showcase to the motorsport world that we’ve got a car that you can come in and you can race and be competitive with as long as the effort around you is right.

“So, I’m hoping this is the beginning of big things."