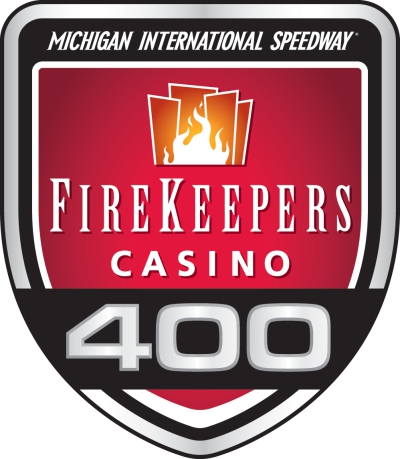 AUSTIN CINDRIC, No. 2 Discount Tire Ford Mustang – “I don’t know what started all of it.  I saw the 15 car sideways and everything stacked up.  I got tagged in the left-rear and shoved me up the racetrack and then got turned head-on into the fence.  It looked like the 15 just got loose and backed everybody up and then got ran into the back.  It’s not Ty’s fault, just everybody stacking up.  Obviously, it was a complete mess.  I hit the outside wall head-on.  I’m glad to be OK.  It’s such a waste to do all of this and finish last.  It’s pretty unfortunate.  I hate it for the guys on the team and for Discount Tire.”

WHAT DID YOU SEE FROM THE DRIVER’S SEAT?  “That was not fun at all and inside the driver’s head is certainly a lot less fun, too.  It feels like an absolute waste to come out here and just get completely wrecked.  Just irresponsible, I guess, running in the middle of the pack and just really frustrating to be out of this race this early.  Finish dead last and get no points.  It’s not exactly what we needed from today.  I just wish we would have been able to get some more laps today.”

WHAT HAPPENED?  “I’m obviously OK and obviously got wrecked.  It’s just a byproduct of a crazy restart with 300 miles left in the race.  Not great.  I saw the replay.  The 15 car obviously lost it all by himself and washed up in to half the field and stacked everybody up and I got hit from behind, shoved me up the racetrack and then I got hooked head-on into the wall.”

NOT MUCH YOU CAN DO ABOUT IT, ESPECIALLY THIS EARLY IN THE RACE.  “It is incredibly frustrating because you can think of 100 things you can do to prevent that, but it’s not in your DNA to just back off and just not run close to the pack on the restart, but I think if you remove a few cars from that equation, that doesn’t happen.”

WAS IT TOO EARLY TO DO THAT KIND OF THING?  “I don’t think anybody did anything wrong there.  They were trying to race, it’s just the cars in the middle of the pack that are trying to race that really, quite frankly, aren’t at the same level.”

ARIC ALMIROLA, No. 10 Smithfield Ford Mustang – “I have no idea.  I didn’t see the replay.  I got hit in the left-rear and spun out and then we all crashed.  We just can’t seem to catch a break.  I think some of the guys that were slower cars stayed out and that kind of jumbled up the field and then everybody swarms them and they can’t get out of the way.”

HARRISON BURTON, No. 21 DEX Imaging Ford Mustang – “I couldn’t really see much of what happened, honestly.  I really didn’t hit anything hard.  I guess we just broke a part in the steering rack or something, but I couldn’t steer the car.  That’s obviously not gonna be able to make minimum speed and felt it was probalby too dangerous to try, so just a bummer.  I felt like we weren’t really that good to start, but I knew we had some good changes coming I was excited for.  We fired up on that last restart and through one and two I thought I was gonna gain a lot of spots and then, all of a sudden, the world came crashing in.  It’s just a bummer, but we’ll keep pushing on.”