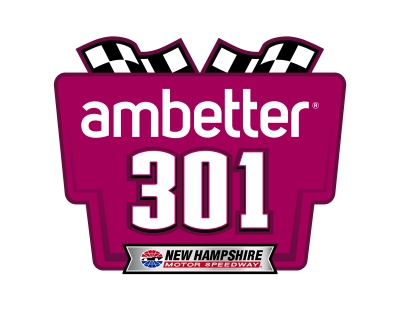 THE MODERATOR: As you can see, we are joined by our race-winning driver Christopher Bell with the No. 20 Joe Gibbs Racing Toyota.

Q. Adam was just in here and he said at one point he tried to coach you a little bit and you said you had it in control over the radio. What happened there and what made you feel so confident that you had it?

CHRISTOPHER BELL: Yeah, so one thing I really dislike is whenever people start giving me lap countdowns. That's one thing -- I've really struggled whenever I made the transition to NASCAR because the races are so long. Yeah, so like even my spotter, I think they just get caught up a little bit in the moment, and they're like, hey, 20 to go, 18 to go, 15 to go. I'm like, dude, I don't need a count down here. Then Adam kind of -- I don't remember exactly what he said, but something along the lines of we've got 50 laps to go, don't burn your stuff up, and I'm like, man, there's still so much race left; I don't need a reminder of how much longer we've got to go. At that point in time I had a good idea of where we were at in the race and how much longer we had to go on tires.

Yeah, just wanted to let him know that I felt confident about what we had, and it worked out.

Q. Christopher, you're undefeated here in the Xfinity Series; you've got a truck win, now a Cup win. What makes you so good here at New Hampshire?

CHRISTOPHER BELL: I wish I could tell you, but the truth of it is I've just had great race cars. It's a bummer that -- I think I crashed or had problems in 2020 with the 95 car because early in that race we were looking like it was going to be a top 10 or possible top 5 and then I think we had a brake rotor explode or something like that that took me out of it. That was a bummer, and aside from that race it's been a great racetrack for me.

I don't think there's anything that I have that makes me good here. I think I just have great race cars that allow me to succeed.

Q. Christopher, JGR has been dominant at this track with the Xfinity cars and the Cup cars, and just to follow up, what has made this organization so successful up here?

CHRISTOPHER BELL: Yeah, simple answer is just the setup. But with that being said, the setups today in the Next-Gen era is unlike anything else, and you can't even use notes from the last 10, 12 years of the Gen-6 car.

In some of these places that we go to like Richmond is another great racetrack for JGR and some of their philosophies or whatever translated and we were good at Richmond with the Next-Gen car, but then you look at the road courses which were racetracks that we were super strong at last year or the last several years with the Gen-6 car and now we're pretty much out to lunch with Next Gen.

Yeah, I really can't find a rhyme or reason to why we succeed at certain racetracks, but they definitely have their good tracks and bad tracks.

Q. Ford won the last four races here. Today was kind of the opposite with Toyota dominating. Is that just kind of the Next-Gen car or is there any other factor that led to that?

CHRISTOPHER BELL: Yeah, I mean, I think it's just what organization hits it that weekend. There's obviously a lot more Chevy and Ford teams than there are Toyota teams, so there's a lot more opportunity for them to dominate the race than it is for us.

Last week at Atlanta -- well, it's a speedway race so I'm not going to count that. Before that we had Road America; the JGR Toyotas have really struggled at road courses this year. Then if you look back at Nashville we were one of the best groups, probably the best group. It just comes in waves, and there's racetracks we're good at and racetracks we're not good at yet.

Q. Obviously you're the 14th winner this year, now Martin is on the cut line. For you is it more just relief that you have that win and you're feeling safe on points at this point?

CHRISTOPHER BELL: Yeah, I mean, it's been stressful. After the first couple races of the year, I kind of wrote off pointing our way into the championship, and then we had a stretch of really good races and kind of turned that around to like hey, we may be able to do this, and then you've got guys that kept winning, and the cutoff line kept creeping up and up and up, so it feels really good to hopefully get myself above that cutoff line by a couple spots.

CHRISTOPHER BELL: No, I definitely didn't feel like I was going to win at that point, but I think Adam was just trying to make sure that I wasn't getting spun up in the car and getting excited to see him in front of me, I guess. But at that point there were still so many laps left that there was no reason to get excited. You just had to take what it was giving you, and the best car was going to win. At that point we still had a ton of laps left, so the cars were going to go through another migration of lap time loss and tire degradation, and yeah, whatever car was best on the long run was going to win at that point, and I wanted to let him know that I was calm inside the car and just doing my job.

Q. You said the best car on the long run was going to win, but I asked Chase who had the better car and he said that he probably could have won in his car. I'm curious, do you feel like you drove a great last stage there? Is that one of your better runs as a driver?

CHRISTOPHER BELL: You know, this sport of NASCAR racing and pavement racing in general is just so humbling. I'm going to tell you a story of one of my, I don't know, younger Xfinity races. I think me -- and Kyle was in the field, we were in Phoenix. I passed Kyle on one of the runs, and inside my head, I'm like, man, I'm getting good at this racetrack, and then we come into the pit stop, make a pit stop, come back out and then the next run I'm running fifth and I can't do anything.

What that engraved in my head is you are only as good as your race car. If your race car is fast and you have a first-place car, it's pretty easy to get to first as long as you do your job. If you're a fifth-place race car you're probably not going to take it from fifth to first.

With that being said, I had a first-place race car. At the end of that race, basically the third stage my car was the fastest one out there, especially on the long run, and I did my job to maximize that.

Q. I know this is a fuel mileage track. How much did you put to your mindset to save fuel in that final stage?

CHRISTOPHER BELL: You know, that's not my department at all. That was all up to Adam, and he told me with I think 75 or 70 laps to go that we were good on fuel, so that was the rest of it.

Q. We talked to a lot of y'all in the bullpen yesterday here about what you expected of the track and if you thought it would run kind of like Gateway and Martinsville and some of the others that are really tough to pass. Did the race unfold handling wise and passing wise as predicted for y'all?

CHRISTOPHER BELL: I think so. First off, I will start by saying that I thought the track conditions today were amazing. It was so much fun being able to use a little bit of the PJ1 that was left on the bottom in the exits, on the top where guys don't typically run. There were so many different lanes that you could kind of pick and choose to get some clean air and make passes. That was awesome.

Yeah, I was happy with the product today, and I don't exactly remember where I restarted, but it was not on the front row in stage 3. My car was good, and I was able to make my way up there.

Q. Last year when you won the Xfinity race you said you could only find one fan wearing your tee shirt and you didn't have any memorabilia or merch. Have you gotten any more popular up here in a year with another win?

CHRISTOPHER BELL: Definitely don't think I've seen or noticed any more Christopher Bell shirts. But Rheem had a huge group of people here at the race, and so I got to go up and do a suite visit pre-race and I saw a couple kids wearing my shirts, and I picked one out and said if I win -- I knew they were going to be going to Victory Lane, so if I won I was going to give it to him.