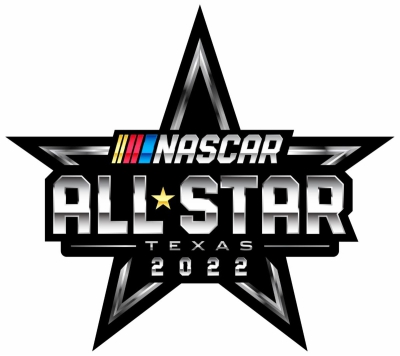 THE MODERATOR: We are now joined by race winning crew chief for the No. 12 Team Penske Ford, Jonathan Hassler. That was an interesting last couple of laps there. Take us through what you saw on top of the box there.

JONATHAN HASSLER: Yeah, from my perspective it was definitely more exciting than it needed to be. Obviously with the caution coming out there late, it presented some challenges for us for sure, but we were able to work through those and get the win.

Q. Speak about just the dynamic and chemistry you have built with Ryan this season, and so far in the regular season you've racked up a lot of points, and tell us what it means for you being in the game and getting it done for him.

JONATHAN HASSLER: Yeah, I feel like our team is really strong. I think I was really excited to come on board with this new car and have the opportunity to get so many tests early in the year, even late last season with Ryan. I think we got off on a good -- got off really well together, and we came out of the gate really good. I think we competed for some wins early in the year.

Me personally, I feel like we kind of lost a little bit over the last month and we've been trying to make sure we keep getting better and make sure we get that win and we're there in the Playoffs, able to compete for the championship.

I think it's been good, and we're trying to get better each and every week.

Q. Did you have any thoughts that the caution came out after the checkered flag dropped or do you feel like NASCAR made the right call there?

JONATHAN HASSLER: I'm not going to lay blame. Obviously when I watched a little bit of the replay, I saw that the checkered flag was waving as Ryan was driving to it. Obviously the yellow light came on and the flagman reached back and grabbed for the flag. It's a difficult situation for everybody. I'm not going to lay any blame. Fortunate we were able to do what we needed to do to get the win.

Q. I'm sure you're not surprised that Denny felt like you guys should have been black flagged for the window net. We could hear you talking to Ryan on the radio, giving him ideas, saying, Make them black flag you. How much are you trying to tell him? How much are you worried if you say too much NASCAR will black flag, or were you pretty confident that they would give him a couple of laps before they did anything?

JONATHAN HASSLER: Yeah, like I said, it's a really tough situation. I think in the circumstances obviously NASCAR is maybe a little bit understanding of the situation that we were in.

I was hopeful that Ryan was able to obviously get the window net up in some capacity to appease them, for lack of a better word, for the short run we had at the end, and I'm just thankful we were able to do that and bring the win home.

Q. What does this mean for Penske as a whole? You guys were one, two, three. Obviously with some of the maybe stronger cars crashing out, but what does it mean for Penske considering you've had a pretty inconsistent season?

JONATHAN HASSLER: Yeah, like I said earlier, I think we came out of the gate really well this year. I think other teams certainly have continued to improve, and we've realized that. I think last week at Kansas was kind of eye opening obviously to our teams in terms of we need to continue to improve, and we brought a lot of different ideas.

THE MODERATOR: Jonathan, congratulations. Thank you for your time.