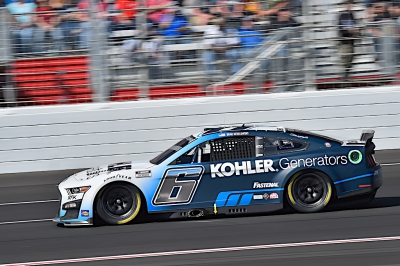 Keselowski in the All-Star Race

Matt McCall in the All-Star Race

QUOTE WORTHY
Keselowski on racing in the All-Star Race:
“The All-Star Race each year is one of the highlights of our sport, no matter where it is. Despite the format changes from year to year, it’s an action-packed short sprint for bragging rights and a boost in morale to be able to go out and beat the best of the best. We’ve been close there over the years, and can’t wait to see what we’ve got in the Kohler Generators Ford come Sunday.”

Keselowski finished 14th last weekend at Kansas in the King’s Hawaiian Ford, his sixth top-15 of the season.

Kohler Generators returns to the No. 6 car for its fourth primary race of the season. They will serve as the anchor partner for the No. 6 team in 2022 and be the primary in 14 races. Kohler initially joined the RFK family in 2021 as a partner in eight events with the No. 6 team.