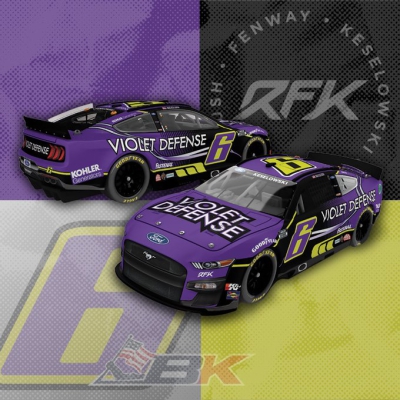 QUOTE WORTHY
Keselowski on racing at Richmond:
“Richmond has been one of my better tracks, especially lately, and somewhere I’m confident at and enjoy running. It’s on us to figure out the key to success there this weekend, and we’re ready to get to work doing that in the Violet Defense machine come Saturday.”

Keselowski overcame a long Sunday afternoon at COTA to finish 14th in the Wyndham Rewards Ford.

Violet Defense returns for its fourth appearance aboard Keselowski’s No. 6 this weekend. His teammate – Chris Buescher – will sport an identical scheme with the number as the only difference for Sunday afternoon’s race from Richmond.