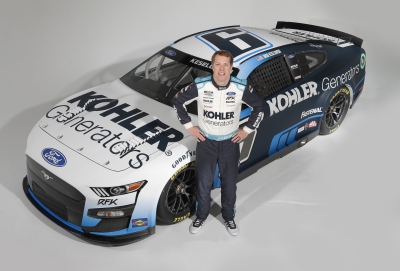 QUOTE WORTHY
Keselowski on racing at Atlanta:
“Atlanta is going to be one of the more interesting weekends we will see all season. There is already so much new right now, then throw in a repave of that surface and the differences it now provides, Sunday is going to turn out to be wild. As a 6 team we know where we stand, and as I’ve said before we know the battle to get to where we want to be would be tough. We’re looking forward to a fun weekend in the Kohler Generators Ford.”

Kohler Generators returns to the No. 6 car for its second primary race of the season. They will serve as the anchor partner for the No. 6 team in 2022 and be a primary in 14 races. Kohler initially joined the RFK family in 2021 as a partner in eight events with the No. 6 team.