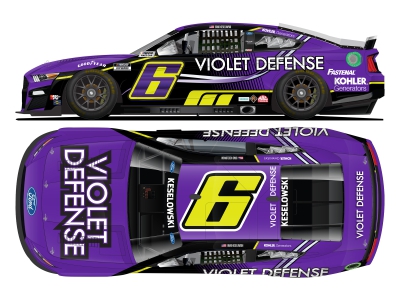 QUOTE WORTHY
Keselowski on racing at Phoenix:
“We obviously have our work cut out for us to try and get back on the right track here in terms of finishing position. We have no doubt had speed, I unfortunately just made a mistake last week and we have not been able to come away with finishes on paper to accompany our bright spots. I am confident in this team, though, and know we’re doing everything we can to put it together this weekend in Phoenix and come away with a great run in the Violet Defense Ford.”

Keselowski was in the mix inside the top five after leading three laps in Sunday’s race from Las Vegas before spinning out on the front stretch. The spin would put him laps down to the leaders, something he was ultimately unable to overcome to finish 24th.

Violet Defense returns for its second points race of 2022 and third appearance overall.