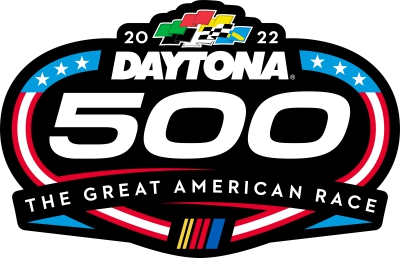 David Ragan, a former summer Daytona race winner, was second fastest in the No. 15 Rick Ware Racing Ford with a quick lap of 192.666 mph around the 2.5-mile high banks – also setting his fast time in the early session.

Team Penske teammates Ryan Blaney and Joey Logano topped the late practice – leading a 10-Ford contingent atop the speed chart in that session. Daniel Suarez was the top Chevrolet, putting his No. 99 Trackhouse Racing Chevrolet 11th quickest. Christopher Bell was the top Toyota in the last session – 23rd fastest among the 42 cars.

It was the first true practice for a points-paying race in 2022 – important because NASCAR is now using Next Gen cars – a new generation of race car that looks as different to fans as it feels for drivers. It’s already getting rave reviews from both contingents after a competitive Busch Light Clash exhibition a week ago in Los Angeles.

And while teams had an opportunity to test on the Daytona high banks in January, Tuesday night’s pair of practice sessions marked the official beginning of the season.

“Practice as you know, is situational," McDowell said. “We sort of had a game plan going into practice to try and work with our Ford teammates, in particular, with the Roush Fenway Keselowski cars. And so we wanted to get out in that group and just kind of play around with the draft and not put ourselves in a bad situation where you’re two or three-wide but just kind of line up.

“It worked out well where we were lined up four or five of the Fords and catching the Toyota pack. Lap time here is very situational on where you get the draft and where you get the runs. But I feel really good about our Ford Mustang. Had good speed, drove pretty well, did all the things you’re looking to do with minimal practice and not being in that three, four-wide crazy situation.

Qualifying this year will feature a slightly different format. There will be two rounds - the first consisting of single-car runs with the top-10 cars advancing to a second round. The fastest two cars from that round will earn the front row starting positions for Sunday’s race.

It may have been practice, but Michael McDowell was certainly encouraged by his showing Tuesday night as teams took the track for the first time in preparation for Wednesday night’s Daytona 500 Pole Qualifying.

McDowell’s last lap victory in the 2021 Daytona 500 marked his first ever NASCAR Cup Series race victory. And to follow that up with a top-shelf mark in practice certainly put him in good spirits heading into a busy week on-track.

“Coming to Daytona is special, it always is and driving through that tunnel you kind of get that feeling you get when you come in, it’s a kick-off to the new season, a fresh start and a lot of opportunities," McDowell said.

“But it’s exciting and it’s fun to come back as the Daytona 500 champion. And right now, we currently still are [Daytona 500 champion] until the race happens on Sunday and hopefully, we’ll be defending it. In this moment leading up to it, it’s a lot of fun.

“It was cool to get to the race track today and a lot of the build-up to the 500 as well, has been a lot of fun. So, it’s enjoyable to come back as the champion."

Former winners are heavily outnumbered in this year’s Daytona 500

Forty drivers will take the green flag in Sunday’s Daytona 500, but the field will include only six former winners of the Great American Race.

McDowell is defending his stunning victory from 2021. The rest of the list includes Denny Hamlin, Austin Dillon, Kurt Busch, Joey Logano and Kevin Harvick. With three Daytona 500 victories—all accomplished in the last six years—Hamlin is the only multiple winner of the event.

After reigning NASCAR Cup Series champion Kyle Larson led the first foray of the superspeedway version of the Next Gen race car onto the track at 5:05 p.m. to open Tuesday’s first practice session, two of the former winners—McDowell and Harvick—teamed up in a two-car draft and quickly jumped to the top of the speed chart, with Harvick posting the fastest lap at 184.388 mph.

But in a sequence reminiscent of Toyota’s orchestrated practice from 2016, when Hamlin won the 500 for the first time, the four Joe Gibbs Racing Toyotas drafted together to raise the bar. Joined by 23XI Racing’s Kurt Busch and Bubba Wallace—but with Christopher Bell out of the mix—the Toyotas were first to top 190 mph.

Martin Truex Jr., who has never won a superspeedway race, posted the fastest lap to that point at 191.184 mph. McDowell, however, reclaimed the top spot late in the session in a five-car draft with teammate Todd Gilliland, Roush Fenway Keselowski drivers Brad Keselowski and Chris Buescher and David Ragan.

McDowell finished the session as the leader with a lap at 192.735 mph.

“It’s been a crazy offseason getting this Next Gen car ready,” McDowell said. “But, yeah, I feel good about coming back to Daytona and hopefully being able to defend our Daytona 500 victory.”

Greg Biffle is a late arrival, but tops among drivers without Charters

Greg Biffle was the last driver to take to the track for the first practice—with 15 minutes left in the session.

But Biffle, driving for the newly-formed NY Racing Team, teamed up in a two-car draft with another driver who isn’t guaranteed a spot in Sunday’s race. He and Noah Gragson were 17th and 18th, respectively, in the opening practice session.

Hill, Yeley, Villeneuve and Grala confined their activity in practice to single-car runs.

Biffle hasn’t raced in the NASCAR Cup Series since 2016, but he ran—and won—a NASCAR Camping World Truck Series event for Kyle Busch Motorsports in 2019, one of two NASCAR starts for the 52-year-old driver since leaving full-time racing.

“I can’t forget about 2019—I ran a truck race—and that’s been luring me back,” Biffle said. “I’ve been talking to (team owner) John (Cohen) for a couple of years now, and I told him, ‘If you get a program put together, I’ll come help you,’ and here we are. So I’m glad to be back.”