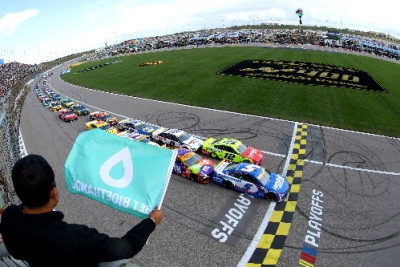 Kyle Larson, driver of the number 5 HendrickCars.com Chevrolet scored his 9th victory of 2021 at Kansas Speedway. Larson led 130 out of 267 laps, but it didn’t look like his normal dominance from the past. Non playoff drivers like Alex Bowman, William Byron, Kurt Busch, Tyler Reddick, and Matt DiBenedetto all combined to lead 71 of the 267 laps. Byron, the strongest non playoff driver, looked like he was in contention for his 2nd win of the year but unfortunately lost out to his 2 playoff contention teammates Larson and Elliott.  A total of 7 cautions for 33 laps happened today at Kansas and the race was 3 hours 3 minutes and 49 seconds long. Average speed was 130.728 mph and margin of victory was 3.619 seconds. Only 4 cars failed to finish the race. Chad Finchum finished 40th due to handling issues, Justin Haley finished 39th due to engine troubles, and both Anthony Alfredo and Ryan Blaney (37th and 36th respectively) both out due to a crash.

Next week will be at Martinsville and will be the final race in the Round of 8. Coverage will be on NBC and MRN Radio.