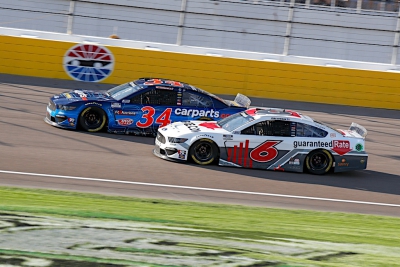 Newman, in his 24th Cup start in Las Vegas, started from the 29th position but began his slow maneuver through the field as the two opening stages ran 80 laps each, with a competition caution 30 laps in. Newman ran 20th at the time of that first yellow and went on to finish 23rd in the opening segment.

He began the second stage from the 22nd spot and elected to stay out under the yellow flag at lap 91, which ultimately allowed the team to stretch the fuel strategy to the end of stage two where he finished in 12th.

The race’s final stage would run caution-free and included a round of green-flag pit stops as Newman crossed the line 20th.

Newman and the No. 6 team are back in action next weekend when NASCAR visits Talladega Superspeedway. Race coverage next Sunday afternoon is set for 2 p.m. ET on NBC, and can also be heard on MRN and SiriusXM Channel 90.