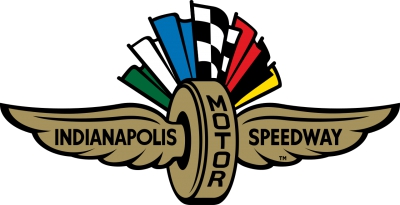 As the NASCAR Cup Series heads to its second consecutive road course race—the series’ debut event at the Indianapolis Motor Speedway Road Course—we have a challenge to Chase Elliott’s supremacy and a budding asphalt rivalry between two of the world’s best dirt-track racers.

Both involve Cup’s most prolific winner this season, Kyle Larson, who likely will factor in the finish of Sunday’s Verizon 200 at the Brickyard (1 p.m. ET on NBC, IMS and SiriusXM NASCAR Radio).

Larson already has two road course victories to his credit this season—in June at Sonoma and last Sunday at Watkins Glen International—matching Elliott for most in the series this year.

Though Elliott had the fastest car at Watkins Glen, he couldn’t overcome a penalty that sent him to the rear of the field for the start of the race. Elliott managed to overtake everyone but Larson, who arrived at the finish line 2.430 seconds ahead of his Hendrick Motorsports teammate and claimed his fifth victory of the season.

On his way to Victory Lane, Larson had a final-stage run-in with Joe Gibbs Racing driver Christopher Bell. With Bell running second and Larson third, the eventual race winner made a move to the inside of Bell’s No. 20 Toyota entering Turn 1.

Contact between the cars sent Bell spinning off the racing surface. He recovered to finish seventh, but the seeds of a rivalry were sown. In 2020, Larson ended Bell’s streak at three straight victories in the Chili Bowl Nationals for midget race cars. Last Sunday, he ended Bell’s chances of winning the Cup race at the Glen.

Larson tried to reach out to Bell after the event but was greeted with stone cold silence.

“I guess he’s not willing to talk to me, which is kind of whatever,” Larson told Dave Moody during an interview on SiriusXM NASCAR Radio. “I think any other adult in the field would at least have a conversation with you, but he doesn’t care to.

“So we’ll move on from it, and if he wants to get me back, that’s fine… But I’m not going to worry about it. If it makes him sleep better at night to ignore me and then want to crash me or whatever, so be it.”

There’s a strong chance Larson, Bell and Elliott all will be in the mix for the win on Sunday, but that’s not to discount other drivers who have more experience on the 2.439-mile, 14-turn road course.

In addition, Kevin Harvick and Austin Dillon will get a head start on the competition by running Saturday’s Xfinity Series race. With three races left in the regular season, Dillon is currently in a pitched battle against Richard Childress Racing teammate Tyler Reddick for the final Cup Playoff spot.

Reddick leads Dillon by 15 points for the 16th berth.

At the top end of the standings, Larson is tied with Denny Hamlin for first place, but Larson owns the tiebreaker with five victories to Hamlin’s none. The regular-season championship is worth 15 Playoff points to the winner, with second place worth 10 Playoff points.

Larson leads the series with 37 Playoff points. Hamlin has five, the result of stage wins during the first 23 races.

Sunday’s race marks the first time since 1964 and the fourth time overall that NASCAR has conducted back-to-back road course events.

In Saturday’s Pennzoil 150 at the Brickyard (4 p.m. ET on NBCSN, IMS and SiriusXM NASCAR Radio), Gibbs will have a chance to join NASCAR Hall of Famer Darrell Waltrip, the only driver in history to win four Xfinity races in his first 11 starts.

Waltrip accomplished the feat over three seasons, from 1982-1984.

When he claimed his first victory of the season on the Daytona International Speedway Road Course, Gibbs became the sixth driver to win in his Xfinity Series debut, joining Dale Earnhardt, Joe Ruttman, Ricky Rudd, Terry Labonte and Kurt Busch.

To win for a fourth time, he’ll have to beat Allmendinger again, in addition to reigning series champion Austin Cindric—a superb road racer in his own right—and 2014 NASCAR Cup Series champion Kevin Harvick.

“The road course at Indianapolis is a track I haven’t been too before, so I look forward to going there,” Gibbs said. “Obviously, the tradition and history of the Indianapolis Motor Speedway is huge. Almost every great race driver has driven there, and I’m looking forward to it.

“Hopefully, we can keep our streak of good finishes going with (crew chief) Chris Gale the guys on the 54 team. I know they will bring a great Sport Clips Toyota Supra. I’d love to get another strong finish and continue to help them out in the owner title championship chase.”