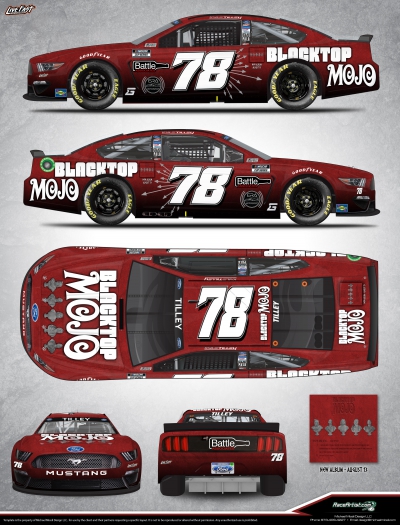 Blacktop Mojo today release the second video from their forthcoming self-titled record releasing August 13th. "Wicked Woman" follows the video for the track "Tail Lights." The video was directed by Dustin Dow and produced by Cuhmon Entertainment. It was filmed at River Run ATV Park in Jacksonville, Texas. The video can be seen here.

"Wicked Woman" is available for streaming and download here. Pre-orders for the self-titled record can also be found here.

Currently on the first leg of their 2021/2022 tour, which continues through August 22nd, the band announce today Leg 2, which commences September 24th in Ft. Worth, Texas, and ends on November 6th in Texarkana, Arkansas.

Blacktop Mojo enter the world of Nascar through a relationship with driver Kyle Tilley. Tilley will be driving the No. 78 Live Fast Motorsports Cup Series car in the Brickyard 400 in Indianapolis on August 15th. The car will be wrapped in the artwork from the forthcoming self-titled Blacktop Mojo album, which will be released two days before on August 13th.