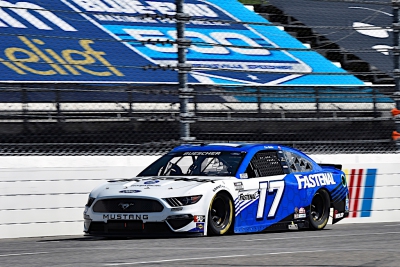 Fastenal, who has served as an anchor partner of Roush Fenway Racing for more than a decade, has announced it is extending its relationship and will continue as the anchor partner on Jack Roush’s No. 17 Ford Mustang driven by Chris Buescher.

“For more than 10 years Fastenal has been one of the cornerstones of our partner lineup and we are thrilled to have them continue their long-standing commitment to Roush Fenway and the No. 17 team,” said Roush Fenway president Steve Newmark. “During our partnership, Fastenal has not only created impactful motorsports marketing programs, but they have been instrumental in helping us maximize our build process with tailored solutions to our supply chain and inventory management controls.”

Fastenal is in its 11th season for Roush Fenway, having first joined the fold in 2010 as the primary partner on the No. 60 NASCAR Xfinity Series (NXS) team and driver Carl Edwards. That team went on to win the owners championship with Edwards in 2011. Fastenal later served as a primary on Buescher’s No. 60 Ford that captured the NXS Championship in 2015. Overall, Fastenal has celebrated 70 top-10s and 44 top-fives’ aboard Roush Fenway Fords.

“Our partnership with Roush Fenway Racing is a lot more than just putting our name on a car; it’s a relationship with an organization we respect and an opportunity to showcase our brand and culture,” said Dan Florness, Fastenal’s president and CEO. “We look forward to many years of future success as we continue the tradition.”

Since joining the team, Fastenal has nine wins in more than 220 starts across the NASCAR Cup and Xfinity Series. Eight total drivers have driven the iconic Fastenal blue colors for Roush Fenway, with Buescher currently in his second season piloting the No. 17 Fastenal Ford.