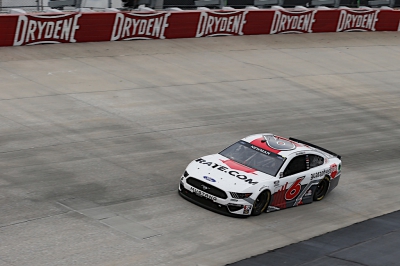 A three-time winner at the one-mile track, Newman was slated to start 13th, but dropped to the rear during pace laps after the team was assessed a penalty for unapproved adjustments. He ran 27th at the time of the competition caution, and went on to finish 20th at the end of stage one.

After his second stop of the day during the stage break, Newman rolled off 20th for the second segment, one that saw just one caution, and ran 23rd by lap 240. Three cautions flew in the final 160 laps, none of which were timely for the No. 6 team, with Newman never able to make up ground to finish 23rd.

NASCAR heads next to Circuit of the Americas (COTA) next weekend for its inaugural event at the Austin, Texas road course. Race coverage Sunday is set for 2:30 p.m. ET on FS1. Coverage can also be heard on PRN and SiriusXM Channel 90.