Blaney To Honor The Late Neil Bonnett At Talladega

Blaney, at his own request, will wear the same uniform he wore during the Southern 500 to honor David Pearson.

At Talladega, he’ll wear the uniform in honor of both Pearson and the late Neil Bonnett, who was from Bessemer, Ala., and considered Talladega his home track.

Bonnett succeeded Pearson as driver of the iconic No. 21 midway through the 1979 season and used a uniform just like the one Pearson wore. Once aboard the No. 21, Bonnett won in his third start, at Dover International Speedway. He won twice more that season, at Daytona and Atlanta.

In 1980, he won back-to-back races at Pocono Raceway and Talladega. He won three more in 1981 and another in 1982, giving him nine wins in four seasons, all while running a limited schedule. 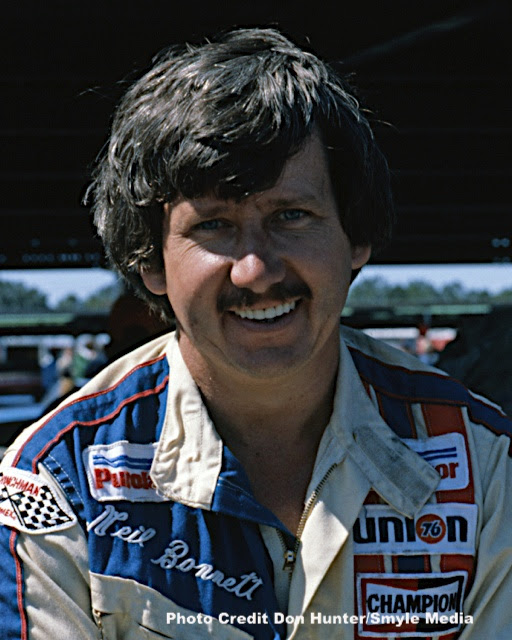 His 1980 win at Talladega was classic Neil Bonnett. He had the No. 21 out front seven times for 53 laps, but won the race in dramatic fashion.

A restart with seven laps remaining set up a shootout for the win between Bonnett, Cale Yarborough, Benny Parsons and Dale Earnhardt Sr.

Yarbrough took the lead at the drop of the green flag, but Bonnett, who had been leading prior to the final caution flag, wasn’t done, as team co-owner Eddie Wood recalled.

“We were pulling a higher gear than anyone else,” Wood said of his team’s 3.00:1 rear gear ratio. “It took our car a couple of laps to get up to speed, but when it did get going Neil was faster than the others.”

It took Bonnett three laps to regain the lead, and he led the final four – just like the week before at Pocono – to score the win.

Behind him, Yarborough edged Earnhardt for second place with Parsons finishing fourth.

Wood said it was a popular victory for Bonnett, a member of the famed Alabama Gang who had a host of family members on hand to celebrate with him.

“For Neil, Talladega was just like Martinsville is for us,” Wood said. “There were all kinds of cousins there picnicking in the infield. That made it even more special for him to win there.” 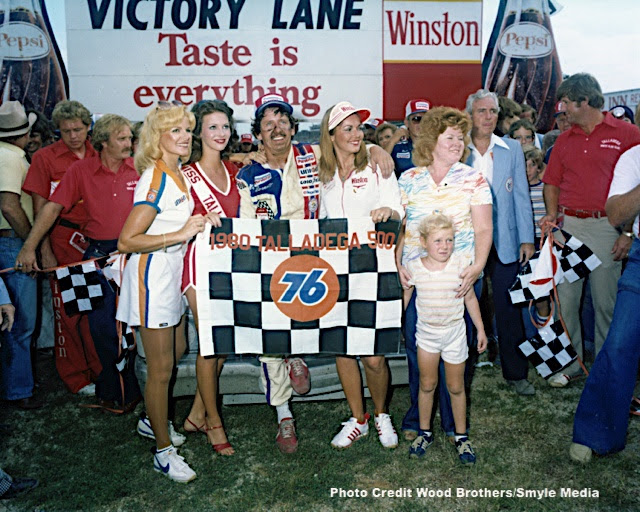 It wasn’t just family that celebrated Bonnett’s win at Talladega. As a member of the Alabama Gang along with Donnie and Bobby Allison and Red Farmer, Bonnett had a strong following in his home state.

“I remember the first time I ever heard the term ‘Alabama Gang’ was when Neil was driving for us,” Wood said. “Eli Gold, the voice of the Alabama Crimson Tide and a NASCAR announcer said it on a radio broadcast.

I thought it sounded really cool.”

Wood said Bonnett loved racing at places like Talladega and Daytona because of the high speeds attained at those two tracks.

“He was one of those guys that loved to go fast,” Wood said, adding that Bonnett, who died in a crash during practice for the 1994 Daytona 500, had two other careers besides driving race cars. “He was a pipefitter in the beginning and a broadcaster after his driving days started to wind down.”

“I’m really happy that Ryan wanted to wear the uniform this weekend to honor Neil, and I’m proud of the entire Motorcraft/Quick Lane team for backing him as we recognize one of the more popular members of the Wood Brothers racing family.”

Qualifying for the Hellman’s 500 is set for Saturday at 4:10 p.m. and the race is scheduled to start just after 2 p.m. on Sunday with TV coverage on NBCSN.