From the early days of stock car racing in the south came a figure from Wilkes County, North Carolina, who some say is the roots of NASCAR, his name Benny Parsons. Early in life after his parents had moved to Detroit in search of work, Benny stayed back, living with his great-grandmother in Purlear, a small community in the Rendezvous Mountains of Wilkes County. During high school, Benny was a star football player, who played for Millers Creek High School- which is now West Wilkes High School.Shortly after graduating high school, Benny made the move to Detroit, where he would take on the job of working with his father driving a taxicab and running a gas station.

While working at the gas station one night in 1963, Benny would meet a few customers that would change his life. When a truck pulled in towing a race car with it, he would go out to chat with the customers, who then invited him to come out and watch the races at the nearby Mount Clemens Speedway. When the driver failed to show up, Benny offered his services and hopped in the race car, running his first race that night.

Then in 1964 when Ford Motor Company came calling, along with Cale Yarborough to run a race in a Holman-Moody prepared car at Ashville-Weaver Speedway for a factory backed ride audition in a 250 mile event. During qualifying Benny was able to get the 1964 Galaxie in the top-10; once the race began he had some problems getting used to the car on a fast track, and was unable to land the ride with Ford.

After failing to land the ride with Ford, Benny would take to the mid-west race tracks and being his rise through the ranks of the Automotive Racing Club of America (ARCA), in which he would win the Rookie of the year honors in 1965. Three years later he would back that up with two straight ARCA Championships in 1968 and 1969 which he would later become the first ARCA Racing Series champion to be be inducted into The International Sports Hall of Fame.

It wasn’t until 1969 until Benny got his break when L.G.DeWitt called and hired him to take over for Buddy Young who had been involved in the accident 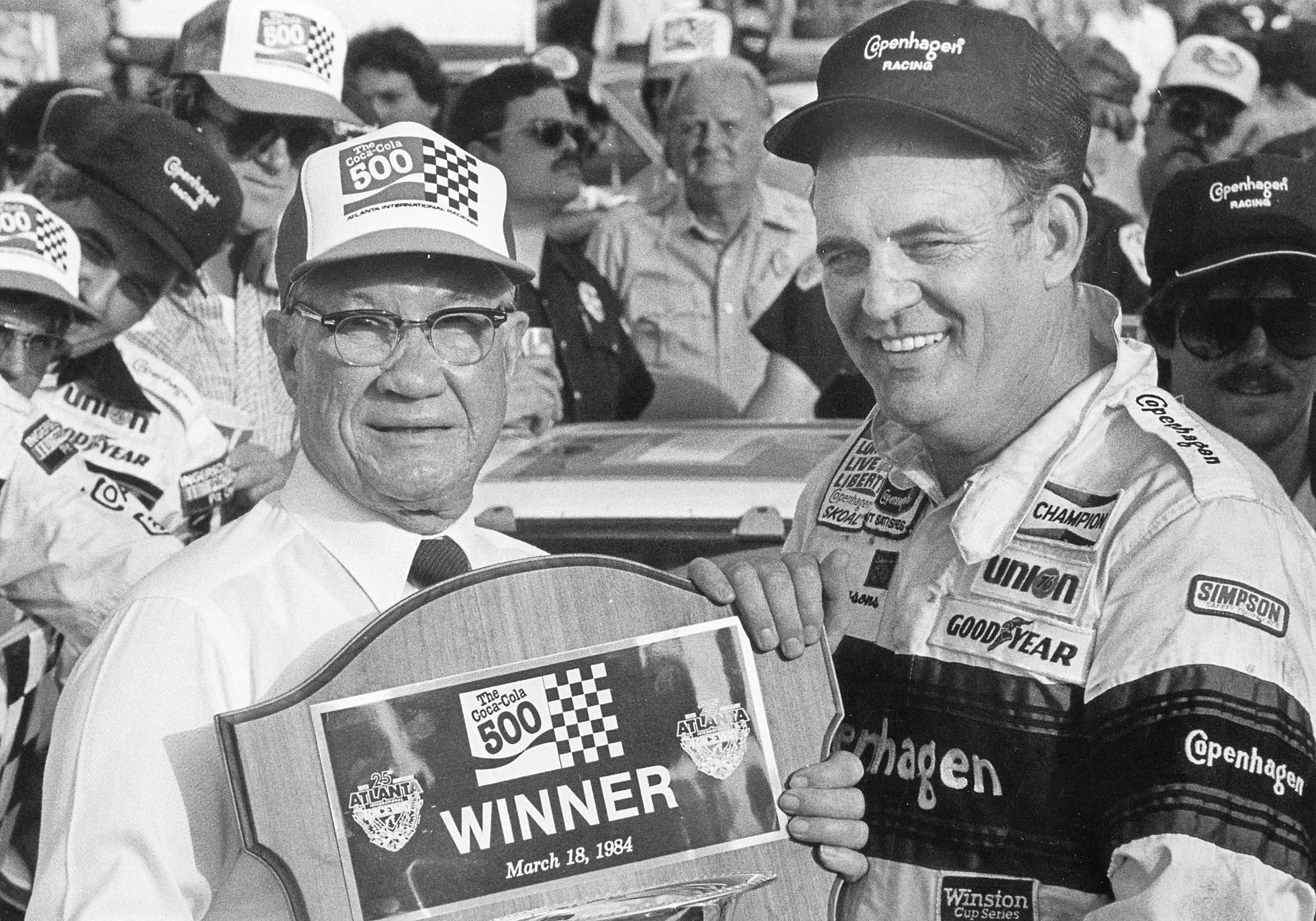 in Riverside, California. The very next year in 1970 he would enter 45 events in the NASCAR Grand National Series, winning the pole once at the season ending race at Hampton Virginia’s Langley Speedway, along with 23 top-10 finishes and ending the year eighth in points. A year later, while racing at South Boston Speedway in Virginia, Benny would bring home his first of 21 wins in the Grand National series.

1973 would prove to be his coming out year; it would be the first year in which Benny and team owner L.G. DeWitt would enter all the events, without sponsorship and with only 3 cars. Benny entered the final race of the season with a 194 point lead and 5 drivers chasing the championship. After qualifying the car fifth, the race was on to win the championship; but an early race incident that saw his car spun into the wall, ripping off sheet metal and throwing parts all over the track. Benny was forced to the pits, and with help from other teams that had failed to qualify, the car was put back together and back on track. Benny went on to finish the race in 28th, 184 laps down; but with that finish Benny would win the 1973 NASCAR Premier Series Championship.

Another amazing feat came during the first several years, between 1972 and 1980. Benny never finished outside of the top-5 in the championship points, which made him of the most consistent drivers in modern history of the sport. Over his career Benny would also win the 1975 Daytona 500, post 20 pole awards, 21 wins, 199 top-5, and 283 top-10 finishes in 526 starts at a ratio of 54 percent; and in 1982, while qualifying at Talladega Superspeedway, Benny became the first driver to ever qualify a stock-car over 200mph(200.176mph), Benny always thought this was one of his biggest accomplishment to be the first person to do so. Earning him the honor in 1998 as one of the 50 Greatest Drivers in NASCAR History.

After the 1988 season Benny made the decision to step out the car and pursue a career in broadcasting. 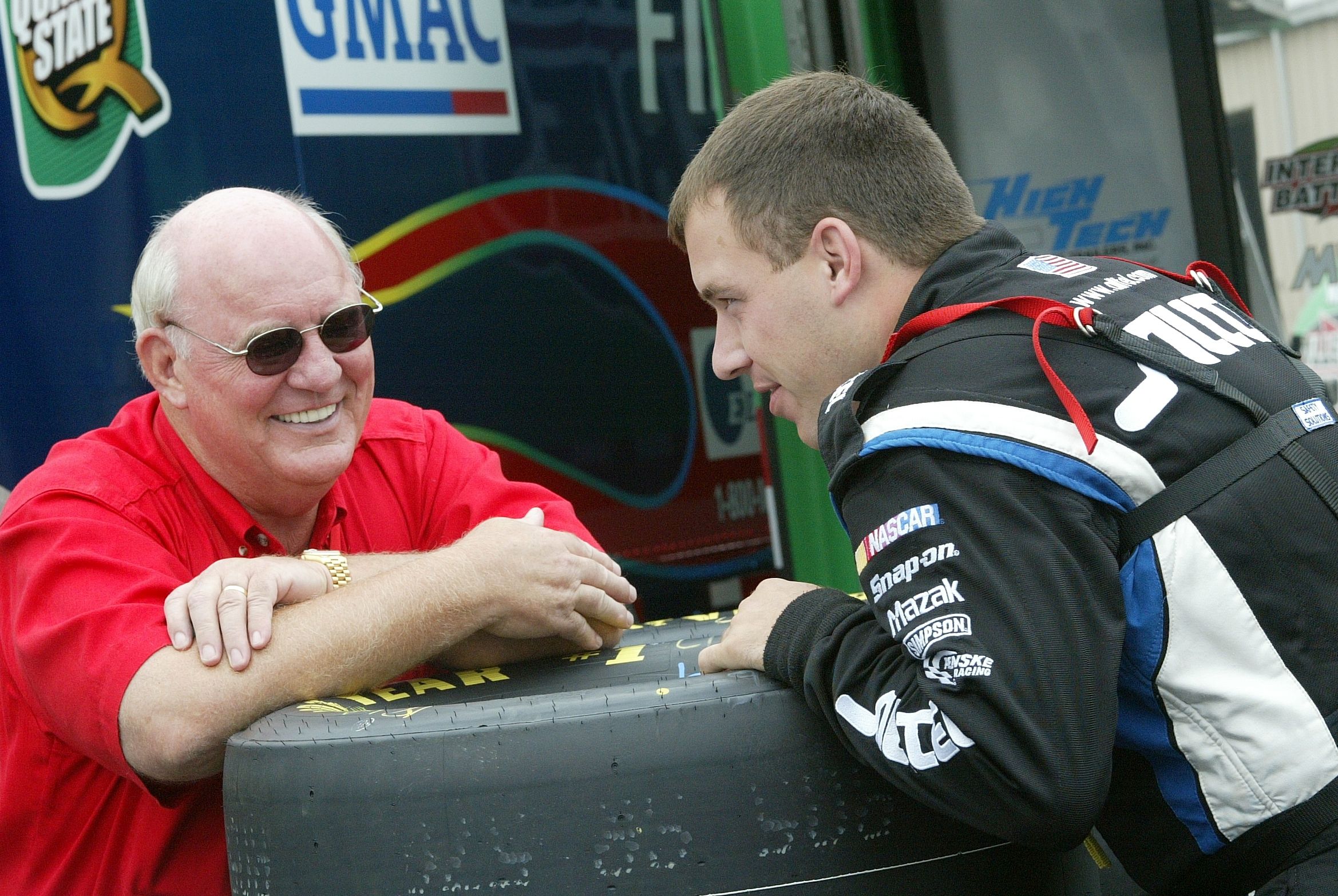 Benny would go on to become the every-man’s voice in NASCAR, taking to the TV booth as a commentator for ESPN in 1989. Benny always had a way of getting to the bottom of the story and bringing along humor with it. He could bring a smile to anyone’s face no matter how bad the race had gone for them. Benny would go on to win numerous awards including being inducted into the Motorsports Hall of Fame of America.

Not only was Benny a race car driver, and TV Commentator, he also brought to the sport several drivers when he introduced Harry Melling to Bill Elliott who went on to sponsor Bill in the fall race at Charlotte Motor Speedway, telling Harry he was the “Real Deal”. While attending the Winter Heat Series in Tucson, saw driver Greg Biffle competing in the race, who then went to Jack Roush and paired them together in a relationship that continues to this day.

Aside from being a professional in nature, Benny believed that women deserved to be involved in the sport of NASCAR, several of whom have become prominent in the broadcasting area of the sport.

One of the few things people may not know about Benny is how he got his name “Buffett Benny”, when Benny first started with ESPN, he could be seen throughout the garage area jumping from hauler-to-hauler gathering interviews and snacking, till finally Ernie Irvan dubbed Benny as "Buffett Benny".

During the off season between 1990 and 1991, ESPN and Benny developed a series called Buffett Benny, in which Benny would take a camera crew along with him as they scoured the towns around the race tracks for the best places to eat on race weekends. This in turn would be the first ever show to feature local eateries on national television, and would span Buffett Benny’s Family Cookbook. But this wasn't the only segments Parsons would go on to be apart of which would also include Benny Parsons Hat of The Week and The "Golden Benny"

For his work in broadcast television Parsons would win numerous awards over his career starting in 1989 with an ACE Award followed in 1996 with an ESPN Emmy and finally what Parsons would consider a pinnacle of his career in 2006 he would win an Emmy for outstanding live sport series on NBC/TNT.

Benny was the every-man’s driver, who rose up through the ranks the hard way, and cut his teeth along the way. But overall, Benny made the sport a better place. He never gave up, even after stepping out of the car and heading over to TV; he gave NASCAR fans something to look forward to on Sunday’s. Even half the reasons are enough for the voting members of the NASCAR Hall Of Fame to vote and put Benny in the Hall of Fame, where he deserves to be at.

NASCAR Hall of Fame fan voting is open until Monday May 23 at www.NASCAR.com/halloffame with NASCAR Voting Day scheduled in Charlotte on May 25th.