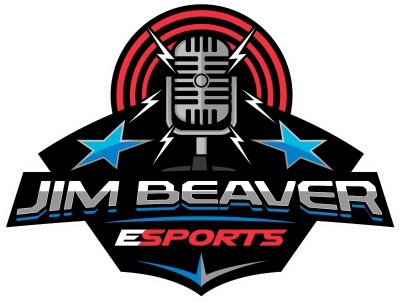 Professional sim racing team Jim Beaver eSports is pleased to announce the addition of Next Level Racing® as its newest partner, effective immediately. As part of the multi-year agreement, team owner, professional off-road racer, and media personality Jim Beaver will become an official ambassador for the brand. Next Level Racing® logos will begin appearing on Jim Beaver eSports vehicles throughout the team’s multi-disciplinary iRacing efforts, and world-class team drivers will be equipped with premier Next Level Racing® chassis in top-flight events. Team activations at Beaver’s real-world race events will also include a Next Level Racing® simulator for fans to experience the thrill of iRacing firsthand.
“Partnering with Next Level Racing® is a natural, and incredibly exciting, step for Jim Beaver eSports,” said Beaver. “Our brands share the values of high-quality, industry-leading innovation, and are always pushing the boundaries of what’s possible. We’re thrilled to join the world-class roster of Next Level Racing® ambassadors, and I look forward to working with them on some huge plans in the years to come!”
“We are glad to announce this partnership with Jim Beaver eSports,” said Kam Khadem | Head of Brand and Strategic Growth for Next Level Racing®. “It highlights our values of promoting competition and our involvement in global esports. We are confident in the organisation of achieving the highest level of competition and pushing the boundaries. With Jim Beaver's experience of real Motorsports and Next Level Racing® expertise in simulation, we aim to close the gap between virtual and reality.”
Founded in 2009, Next Level Racing® is the world’s leading simulation brand revolutionising simulation with its industry leading product range. The clear focus of the award winning brand lies in innovation and quality to meet the demanding need of sim racers and gamers. Next Level Racing® continues to lead the market with innovative designs and technology. As a company Next Level Racing® has pride in challenging the industry with world-class products and has a passionate and innovative global team that continues to push boundaries. The Next Level Racing® range of products are sold in more than 40 countries and stocked by major retailers around the world.
Jim Beaver is a professional off-road racer, currently campaigning a factory-backed Polaris RZR in the UTV Unlimited class in desert races across the United States. He is also the host of the General Tire Down & Dirty Show Powered By Polaris RZR, the world’s biggest action motorsports radio show, which airs twice weekly on Sirius XM, on terrestrial radio stations across America, and on the Armed Forced Network. Beaver’s additional experience behind the wheel includes numerous years in Trophy Truck action, and he has lent his voice to multiple racing disciplines, both as an announcer at the track and on national television.
Jim Beaver eSports made its debut in 2019 in what is now known as the eNASCAR Coca-Cola iRacing Series, and expanded later that year into four other iRacing World Championships. During the early stages of the COVID-19 pandemic, the team staged the eShort Course World Cup, an all-star event that put racing legends like Travis Pastrana, Ron Capps, and Alexander Rossi against top sim racers and off-road pros. The event was so popular that it spawned a full-blown Triple Crown just weeks later, and all three races returned for 2021, including the TV debut for the World Cup on the CBS Sports Network in February. Jim Beaver eSports also has a two-car franchise in the iRacing Rallycross World Championship.
For more information on Jim Beaver eSports, follow the team on Facebook, Twitter, and Instagram or visit www.jimbeaveresports.com. For more information on iRacing and for special offers, visit www.iracing.com.
Rate this item
(1 Vote)
Tweet
« Jim Beaver eSports Returns to iRacing Rallycross World Championship With New Driver Lineup An Intense Nascar Pinty’s Finale for Kevin Lacroix at Delaware Speedway »