Before the inaugural season comes to a close, the Trans Am by Pirelli Esports Championship will make a trip to Europe, revitalize another legendary circuit and visit a Trans Am regular season favorite.

The last three rounds of the virtual championship will be held at three incredible tracks, with visits to the Circuit de Spa-Francorchamps in Belgium (June 6), Bridgehampton Race Circuit (June 13) and Lime Rock Park (June 20). All three races will start at 3:00 p.m. Eastern and will be streamed on the series app (https://bit.ly/3dxc6Lg) as well as YouTube and Facebook pages among other outlets.

After making its European debut a few weeks ago at Circuit de Barcelona-Catalunya, the Trans Am esports series will return to European countryside on Saturday to one of the most renowned Formula One Grand Prix tracks, Circuit de Spa-Francorchamps.

Legendary Trans Am driver and esports participant Boris Said is one of the only drivers on the entry list with real world experience on the fabled circuit. In 1994 after qualifying on pole, Said won the 4 hour DPR Endurance Race in a Calloway Corvette.

After the high of winning at Spa, Said experienced a career low on the very same circuit where he claimed his victory years earlier. During a test at Spa, Said was involved in the biggest crash in his career after a wheel failure sent his  BMW flipping through Eau Rouge toward Raidillon. 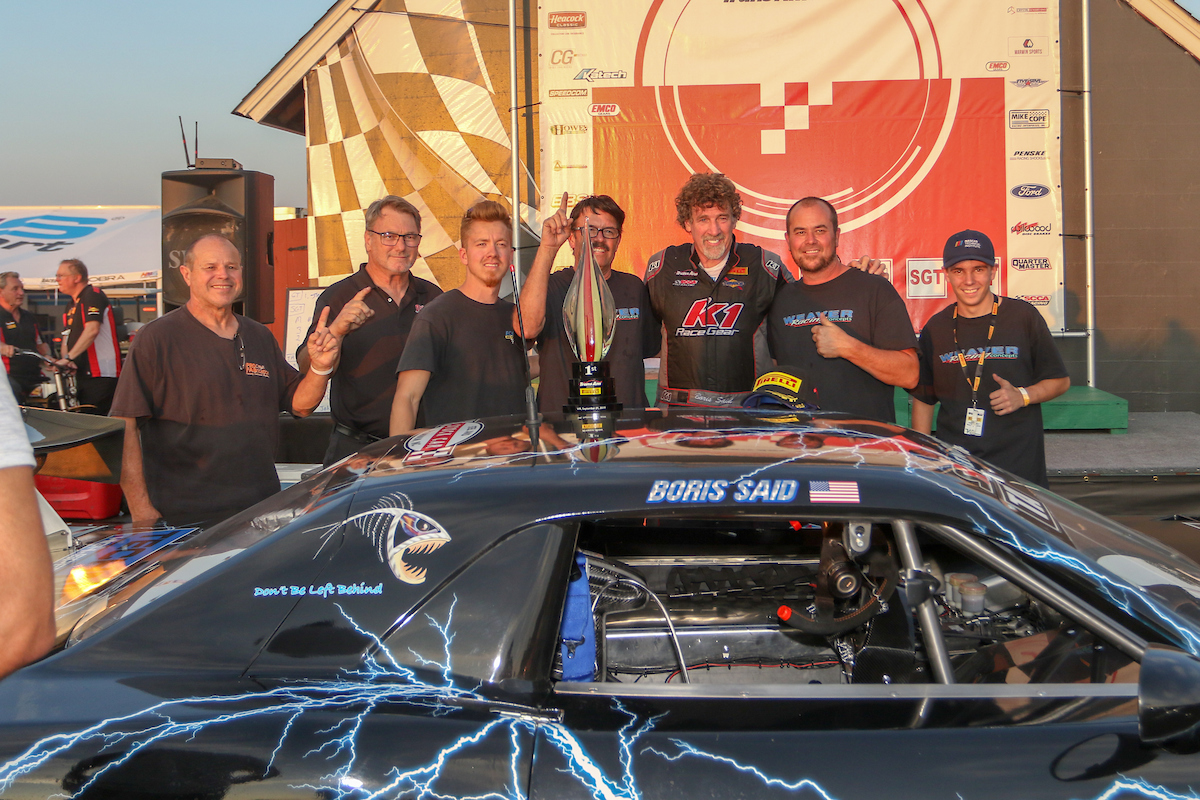 Said emerged from the carnage with minor injuries but has not returned to the course since the wreck.

“Spa is a daunting place,” explained Said. “TV doesn’t give the elevation and speed justice. That Eau Rouge is the most daunting corners of any race track in the world. I have a lot of great memories and a lot of sore memories there! It’s one of the greatest race circuits in the world and I look forward to returning to once again tame the Eau Rouge beast.”

After watching Riverside International Raceway be injected with new life with the help of technology during last week’s esports round, Trans Am President John Clagett knew that before the esports season ended that Bridghampton had to also be revitalized.

“I never imagined being able to visit tracks from the Golden Years of Trans Am, but with help of Torque Esports and NAGRA we were able to recreate legendary circuits that have been lost to history,” Clagett said. “Most of the current Trans Am drivers have never raced or even saw these tracks before, so it’s great to bring part of that history back for the current drivers to experience.”

Bridgehamption is full of Trans Am history. The track was built in 1957 - one of first American road circuits - and it held major sports car races through the Sixties. The first Trans Am race at Bridgehampton was in 1968, won by Donohue in a Camaro. In 1969, George Follmer (Mustang) beat Donohue. 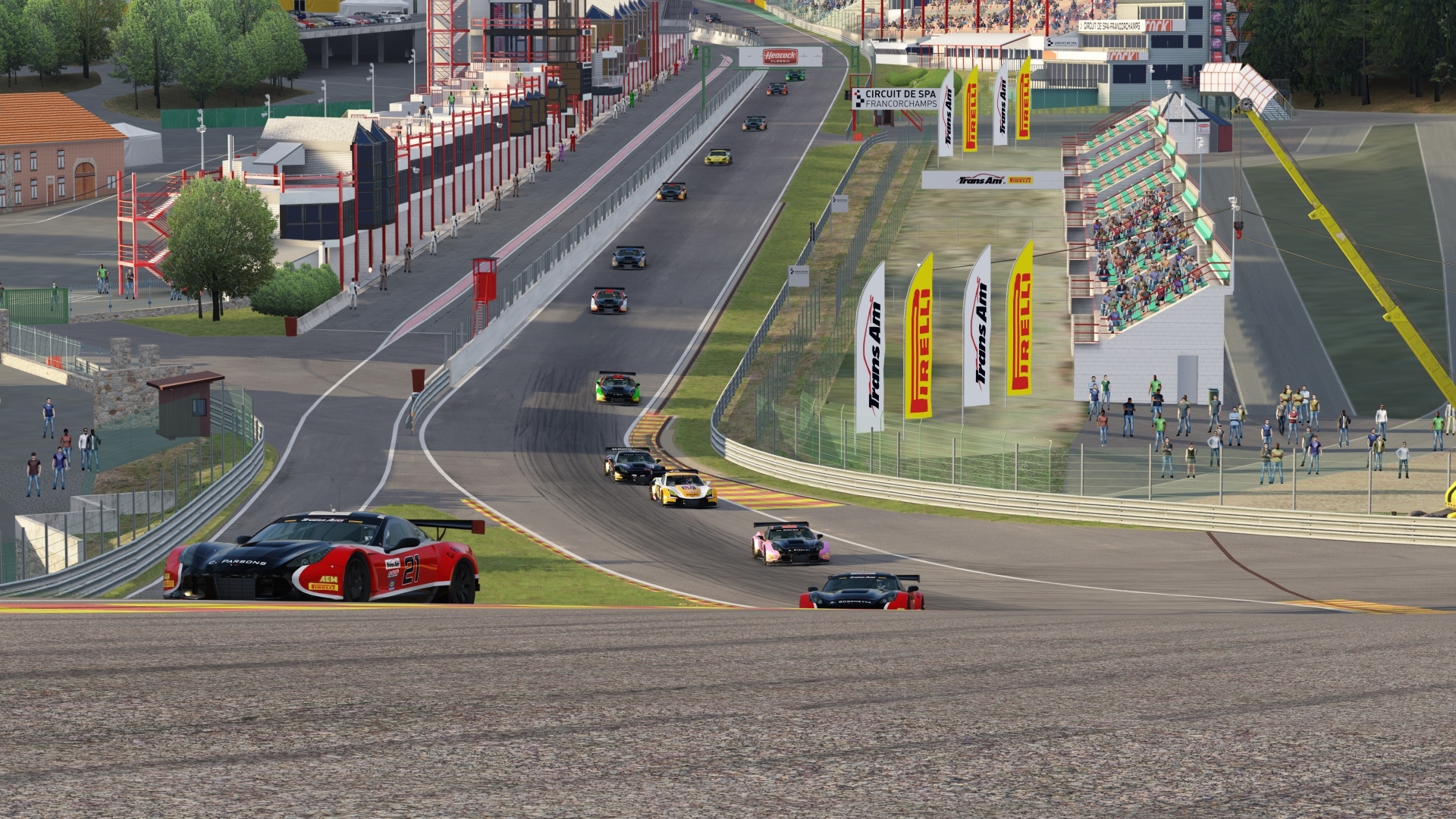 Roger Penske once said that the Trans Am moment he remembers most vividly was winning at Bridgehampton in 1970 - the first win for the Javelin driven by Mark Donohue that the team developed by themselves. AMC had threatened to pull Penske's contract before the race. That was the third - and final - Trans Am race at the circuit.

Heavy storms damaged the circuit in 1970. That - along with noise ordinances - ended professional racing at the Bridgehampton, although club races continued until 1998 before most of the circuit was turned into a golf course.

The Trans Am by Pirelli Esports finale will be staged on the same circuit where Trans Am held its first esports pilot program, Lime Rock Park. Two-time TA2® Champion Cameron Lawrence went down in history as the first Trans Am Esports winner, sweeping the doubleheader event. The success of the program pilot launched the eight-round Trans Am by Pirelli Esports Championship with $20,000 in cash and prizes awarded to the top drivers.

Round 6 of the Trans Am by Pirelli Esports Championship starts Saturday at 3:00 p.m. Eastern at Circuit de Spa-Francorchamps. The day will feature a swift qualifying followed by two 20-minute main events. For added excitement, the second round will be an inverted field.

Fans can stream the action by downloading the free Trans Am by Pirelli Racing app (https://bit.ly/3dxc6Lg). The live stream will also be available on the series Facebook (www.facebook.com/gotransam) and YouTube channel (https://www.youtube.com/user/TheTransAmSeries), as well as UMG TV Esports Network on Mobile (IOS and Android), Apple TV, Fire TV and ROKU.