The 2020 season marks 50 years of Trans Am Series presented by Pirelli racing at Michelin Raceway Road Atlanta, but on Sunday the series staged its first virtual doubleheader at the renowned Georgia circuit.

In Round 2 of the Trans Am by Pirelli Esports Championship, Josh Hurley once again showed his mastery of sim racing, dominating Race 1, from qualifying on pole to leading every lap of the race on his way to his second victory of the esports championship. Similarly, in Race 2, Cameron Lawrence lead from pole-position at the start of an inverted field to claim his maiden Trans Am Esports Championship win.

“Race 1 was optimum, and that’s exactly what I wanted,” said Hurley. “I qualified on the pole, let every lap and won the race. I was being a little conservative, because I had a pretty decent points gap from the first weekend, and with a consistent drive in both races today, we came out ahead again this week.”

While the pole-sitters from each round won their races, the two 20-minute rounds were full of non-stop action from start to finish.

Pulling a gap from the standing start, Hurley, driving barefoot on a custom-built simulator, let off the accelerator to prevent overdriving his No. 03 Jetco Racing/McAleese & Assoc Corvette C7.r GTLM. The strategy opened the door for Round 1 winner Tyler Kicera to close the gap on the lap leader. Drafting off Hurley’s slipstream, Kicera in the No. 4 Howe Racing Ent./Carbotech Brakes Corvette C7.r GTLM whipped to the outside to go side-by-side with Hurley through six turns.

Hurley finally shook Kicera after Kicera glided off course into the grass, eventually falling seconds behind pace. Kicera recovered to cross the line two and a half seconds behind Hurley for a second-place podium finish.

Ernie Francis Jr (No. 98 One South Florida Wealth Advisors) crossed the line in a lonely third with Logan Stretch (No. 55 FixRim Mobile Wheel Repair/Wheels America Racing) and Thomas Merrill (No. 81 HP Tuners/Diehl-Merrill Racing) rounding out the top five for Race 1. 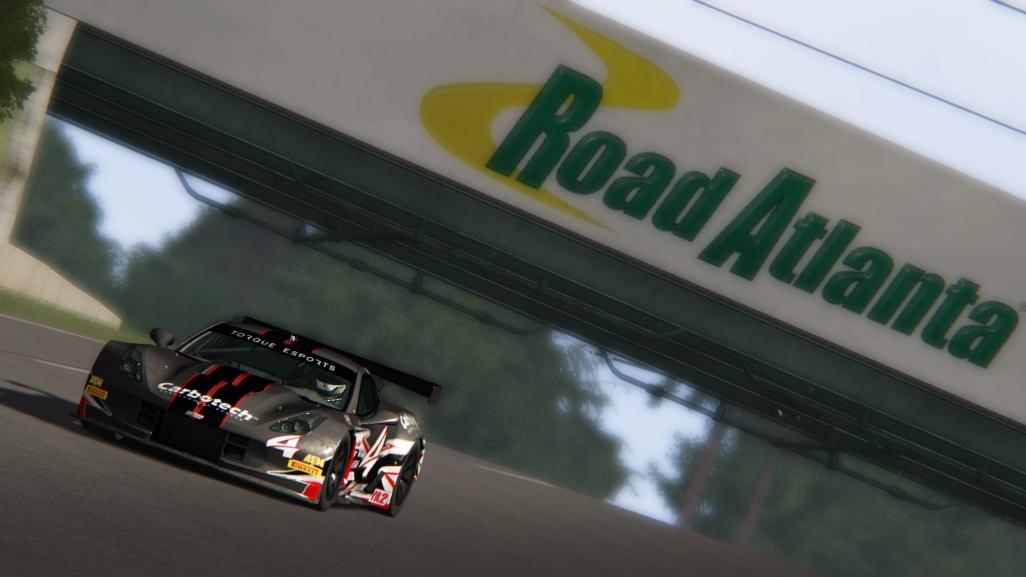 “I know I should be happy with second-place finishes, but I wanted a win bad today, and came so close,” said Kicera. “Race 1 was shaping up to be a battle to the end until I had my frame rate slow significantly in the 10a brake zone. I missed my mark and had an off, falling a few seconds back from Josh (Hurley). At that point I just needed to survive and did for second place. It was a great day all around for the Howe Racing Ent Carbotech Brakes hot rod.”

Road Atlanta holds a special place in history for Cameron Lawrence. Back in 2012, Lawrence won his first TA2® powered by AEM race at Road Atlanta which set him on the path to claim consecutive Trans Am championships (2014,2015). On Sunday Lawrence etched another first on the 2.54-mile circuit, winning his first Trans Am Esports Championship race by the closest margin of victory so far in the multi-round championship.

While Lawrence was setting the pace for most of the race, Kicera was charging through the field, chipping away at Lawrence’s lead until on the very last lap, Kicera caught the two-time Trans Am champion. Once again in a move that was nearly identical to his lead attack in Race 1, Kicera tucked behind Lawrence, whipped to the outside using the draft. The two went side-by-side until in 10a, the same problematic turn for Kicera in Race 1, Lawrence out braked Kicera for the lead and the win. Lawrence finished the race just .584-seconds ahead of Kicera. 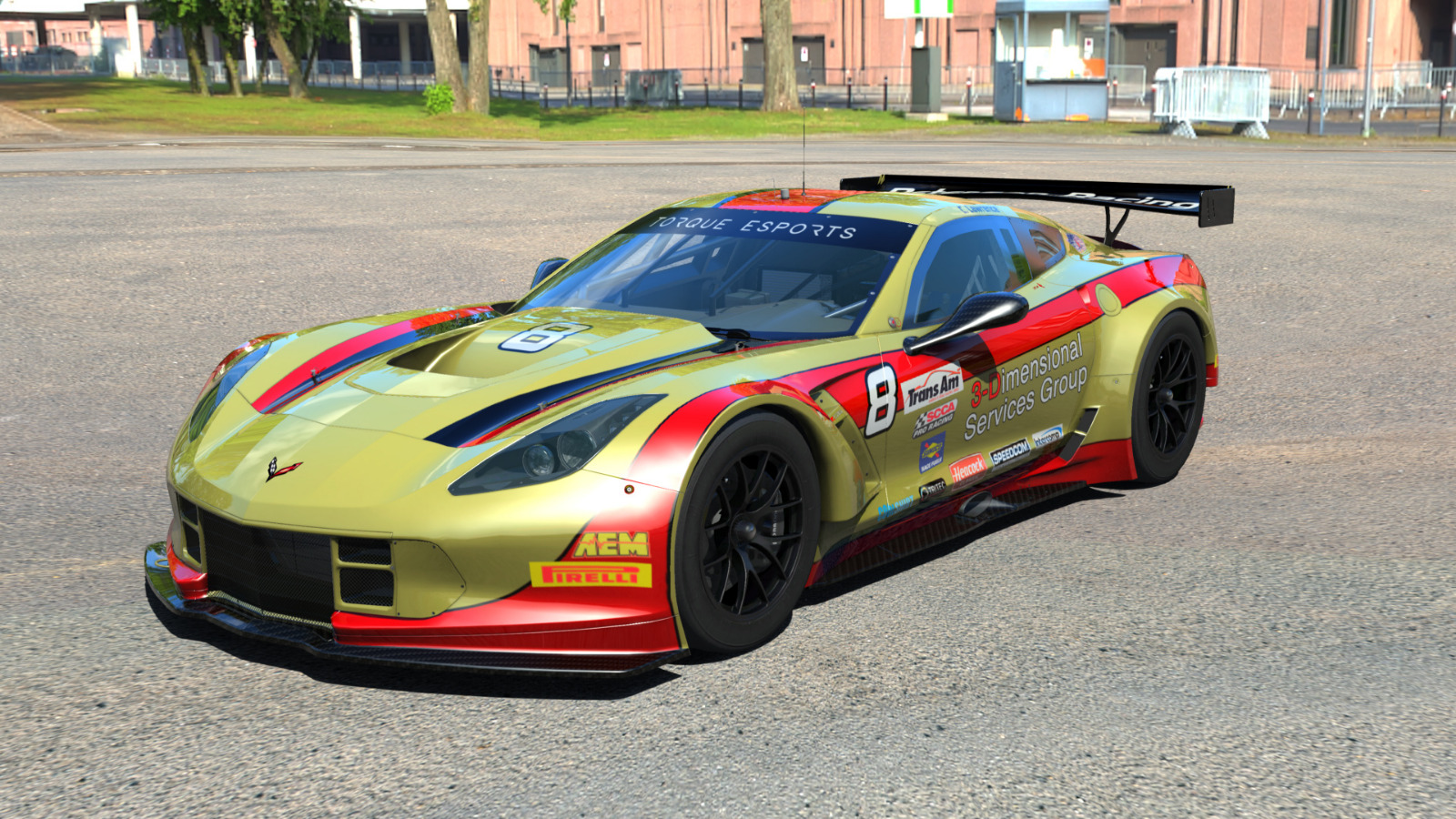 “I’m pretty happy, I definitely had some close calls with cars and some close calls with the simulator,” said Lawrence. “This was actually my first race with my simulator at my house. My friend Greg and I stayed up until about 2:00 a.m. yesterday putting it together, and this morning I downloaded all the software. I barely made the race- no practice or anything- just wung it. I’m happy that everything worked and I ended up with a good result.”

Round 3 of the Trans Am by Pirelli Esports Championship continues Sunday, May 10 at 3:00 p.m. Eastern. Hurley leads in the standings by seven points over Kicera heading into Round 3. The esports championship follows the same scoring as the regular Trans Am season with the top drivers fighting for more than $20,000 in cash and prizes.