Round 1 of the Trans Am by Pirelli Esports Championship will reconvene Sunday at 3:00 p.m. Eastern for a double-dose of Trans Am Series presented by Pirelli e-racing.  (Download app to watch)

With the qualifying order already set on April 19th (watch replay), a full field of Trans Am drivers will return to WeatherTech Raceway Laguna Seca hosted on the Gear.Club SIM edition, a joint venture between Torque/UMG and Assetto Corsa.

“VR is completely immersive, especially given that your entire field of view is in stereoscopic 3D,” Kicera said “This means the entire environment has dimension and depth. The cockpit of the car, track elevation, closing speeds and proximity to others takes on a level of realism that is not available on a set of flat monitors. Given today's VR tech, there is still a lot of room for improvement in terms of resolution, but I think it's a worthwhile tradeoff.  Because I’m immersed and have no point of reference to the space you're actually sitting in, the little nuances of the car, the rotation under braking and physics are all things that you're able to sense a bit more normally.”

Kicera and Hurley qualified on the front row for the first of two rounds on Sunday.

Charging out from the first pit stall, Kicera got a clear and open track to set a flyer, edging out Hurley by .249-seconds for pole position. Claiming the first pole of the season earned Kicera a three-point bonus in the esports championship.

“Like the TA2 cars in real life, the sim car chosen really fits my driving style well, deep on the brakes, rolling speed to apex and committing to throttle as early as possible,” said Kicera. “It's so easy to overdrive corners in the sim because there’s not that seat-of-the-pants feel of the car on the edge and the tires breaking loose. I have to flip a mental switch to interpret the physics strictly through force feedback and my hands.”

Kicera found several similarities to driving on the legendary Laguna Seca circuit online as in real life.
“Turn six is the most challenging corner on the track for me because I have to turn in before I can actually see the apex, it comes down to timing and really hitting my other marks to get through it well,” explained Kicera.”I did the SCCA Runoffs in 2014 at Laguna Seca in Spec Miata and it was equally as challenging in real life for the same reason.  There is some give and take in the other corners, but the line is razor thin through six and it's fast. If it’s done wrong, it costs big going up the hill and kills lap the  passing opportunities into the cork screw.”

Professional sim driver Dylan Archer will head the second row. In the Lime Rock Trans Am esports exhibition event, Archer placed on the podium in the opening race with a second-place finish, and scored in the top-five after starting from the back of the field in the inverted second-round grid. His dad, former Trans Am driver Bobby Archer, spotted and coached Archer through qualifying.

“It’s amazing that I’m able to participate in the Trans Am by Pirelli Esports Championship and try my best to carry on the Archer name,” Archer said. “It’s a massive help having my dad (Bobby Archer) and Uncle Tom (Tom Archer) helping and coaching me in sim racing and mentally preparing me for the business side of motorsports for real-life racing when the opportunity arrives. In preparation for the esports championship my dad and I went out Motorsports Ranch Cresson and had a test in a Dodge Viper so it’s been a lot of fun! 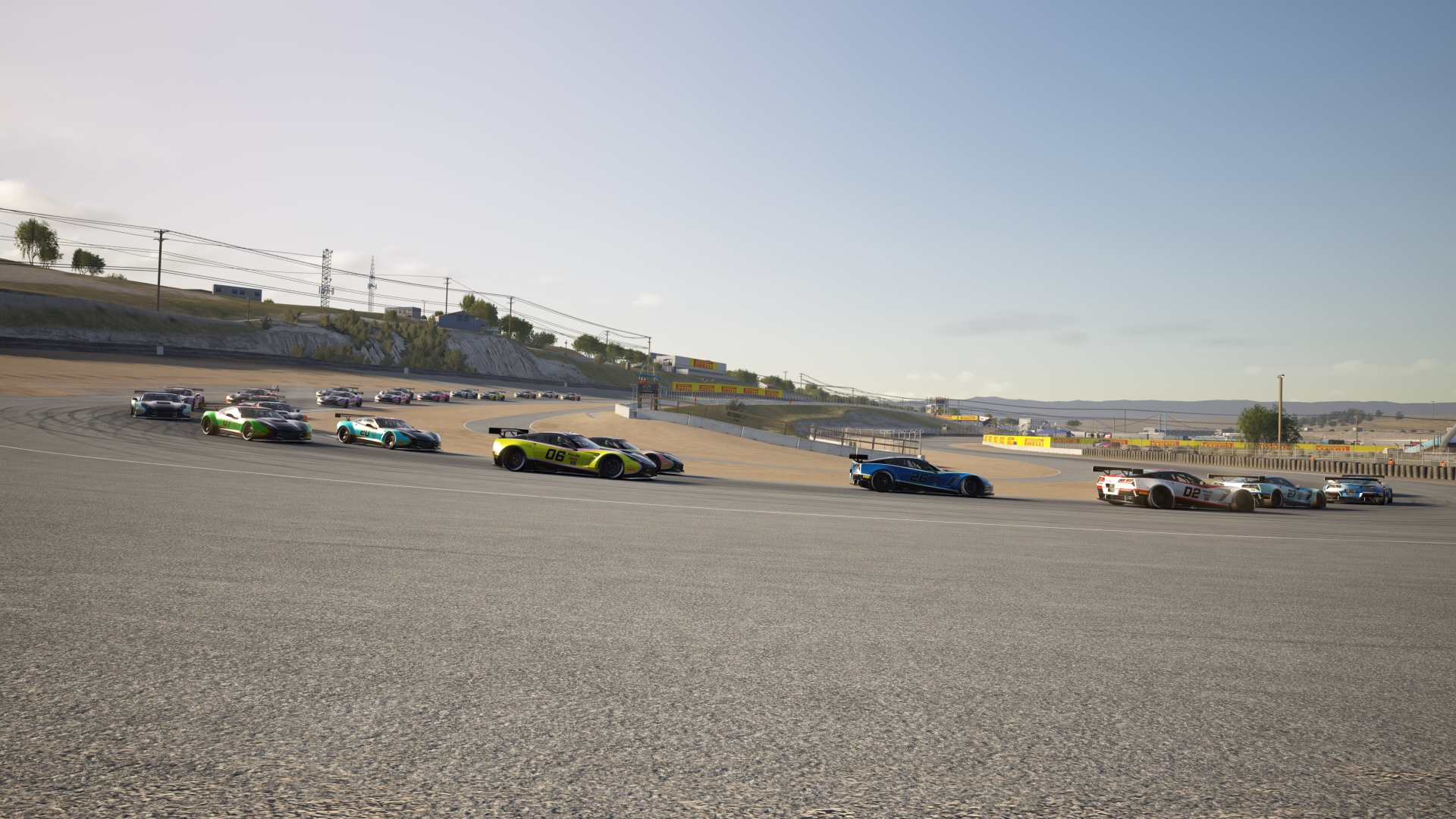 “My qualifying could have been better, I felt I left a good bit of time out there on the track, struggled to find clean track to get a good lap in and then I made a mistake whenever I got the clean track I wanted.”

Live coverage begins Sunday at 3:00 p.m. Eastern with live commentary from Jonathan Green and Ben Cissell, featuring two 20-minute main events. For added excitement, the second round will be an inverted field.
Fans can stream the action by downloading the free Trans Am by Pirelli Racing app and via UMGGaming on Twitch https://www.twitch.tv/umggaming. The live stream will also be available on the series Facebook (www.facebook.com/gotransam) and YouTube channel (https://www.youtube.com/user/TheTransAmSeries).